There’s nothing quite like a warm blanket in cold weather. We’re not talking about wool or fleece or polyester, though—we’re talking, as we so often are, about cheese. Specifically, we are talking about raclette.

Raclette is a cheese from the western Alps, where the mountains move from Switzerland to France. In the taxonomy of cheese, it is technically Swiss, but it is named for the French word racler, which means “to scrape.” 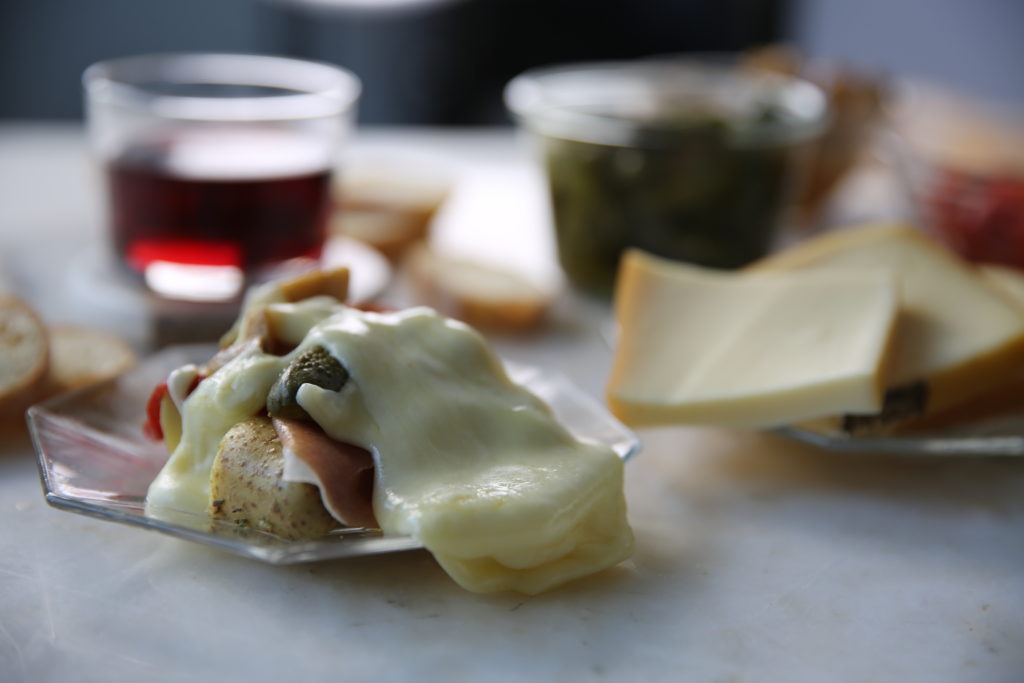 The origin story goes that cow herders used to bring this then-unnamed cheese with them when leading their cows to high mountain pastures. When they’d set up camp for the night, the herders would place the cheese next to the fire, letting the exposed paste get bubbly and gooey. Once it was perfectly melty, they’d scrape the layer of bubbling cheese over some bread, and then repeat the process. And that, in a nutshell (or rather, in a cheese rind) is how raclette got its name.

Because it is simple, interactive, and undeniably delicious, raclette is quite the popular dish for dinner parties. The most show-stopping melting method is to fasten your wheel of raclette into an industrial raclette machine, which looks a lot like a tanning bed for cheese. While quite the spectacle, these machines are also expensive and unwieldy. You can do just as well with this mini racellete machine or this “partyclette” from our pals at Boska, both of which are completely portable, eminently economical, and incredibly easy to handle. 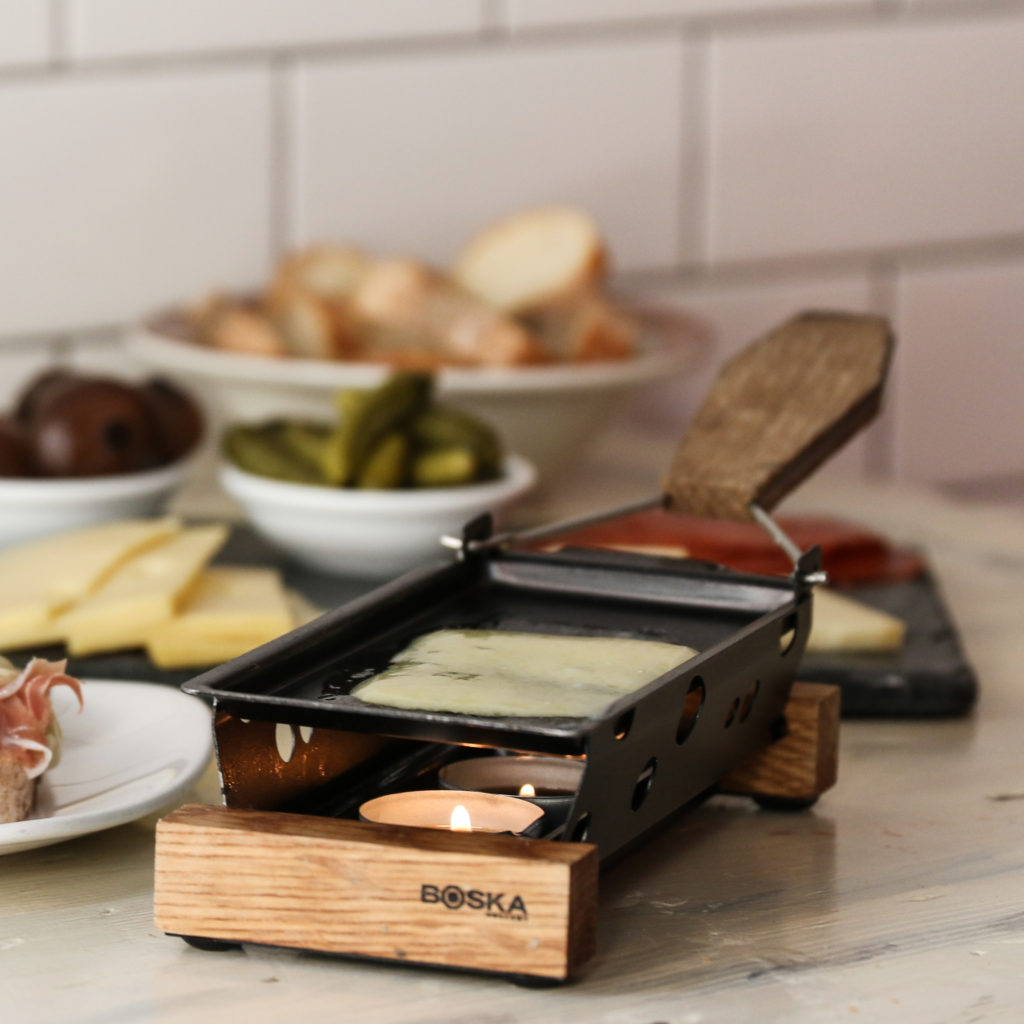 We’d otherwise take this moment to provide instructions for preparing raclette, but it’s so easy and self-evident that saying “first, melt the cheese…then, scrape the cheese” would be an insult to your intelligence. Instead, let’s talk about what to blanket your raclette over. You’ll obviously want some nice, crusty bread, as that’s the vessel farmers originally used in the high pastures. But raclette’s since come down the mountain, and a proper spread will include an assortment of meats, pickles, and starches. We’ve put together this page to highlight our favorite raclette-able items. Here are a few you won’t want to do without: 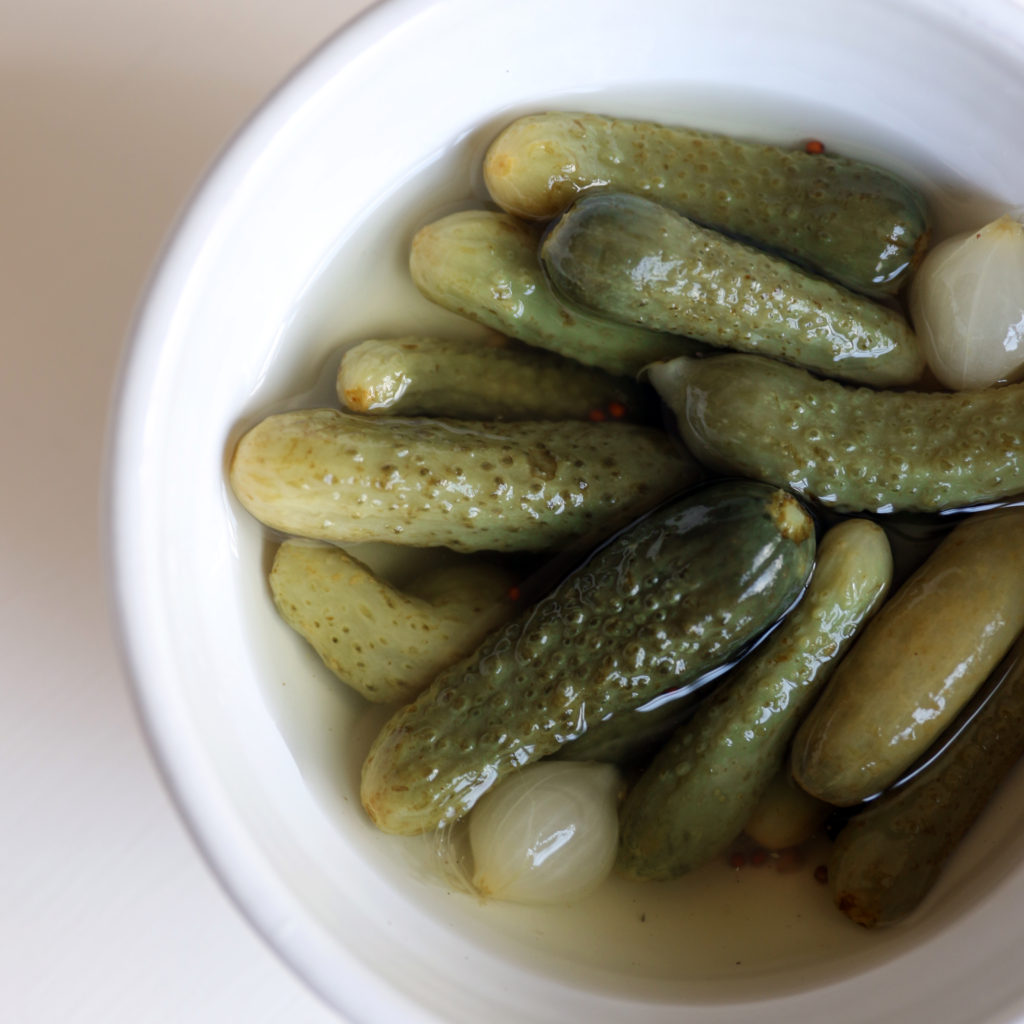 With their pleasant tartness and snappy crunch, these lil’ gherkins have both the texture and taste to hold up under a pungent sheet of melting curd. 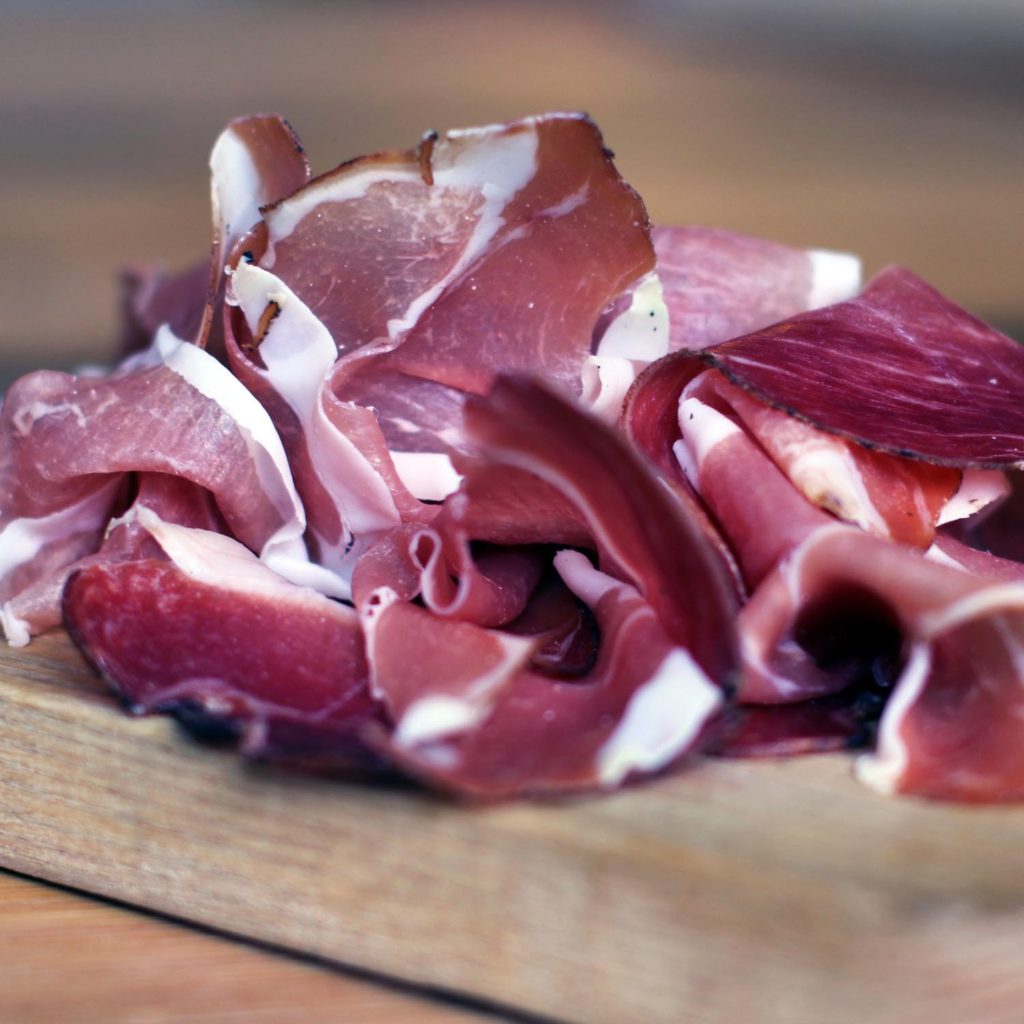 An alpine meat itself, Murray’s Speck brings a simpatico flavor profile for this kind of meal, along with a nice touch of beechwood smoke. 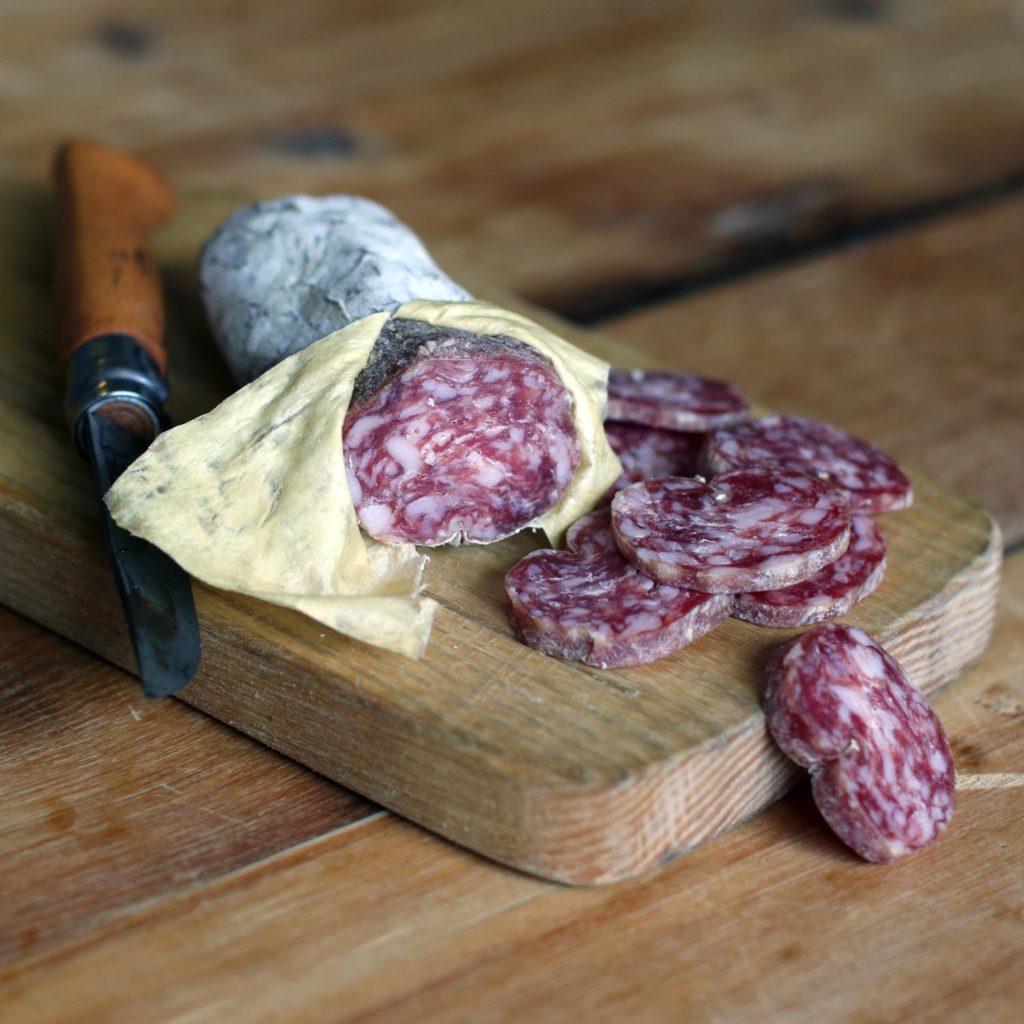 A good chub will have a nice chew, which is just what a bite of raclette calls for. The flavors of white pepper and garlic in this Genoa salami bring out the best in the cheese too.

A good raclette has a deep fruitiness, so it makes sense that these dried apricots—which have similarly chewy properties to the salami—work so well with it.

Once you’ve assembled your provisions on your plate, well…you know what to do. This: 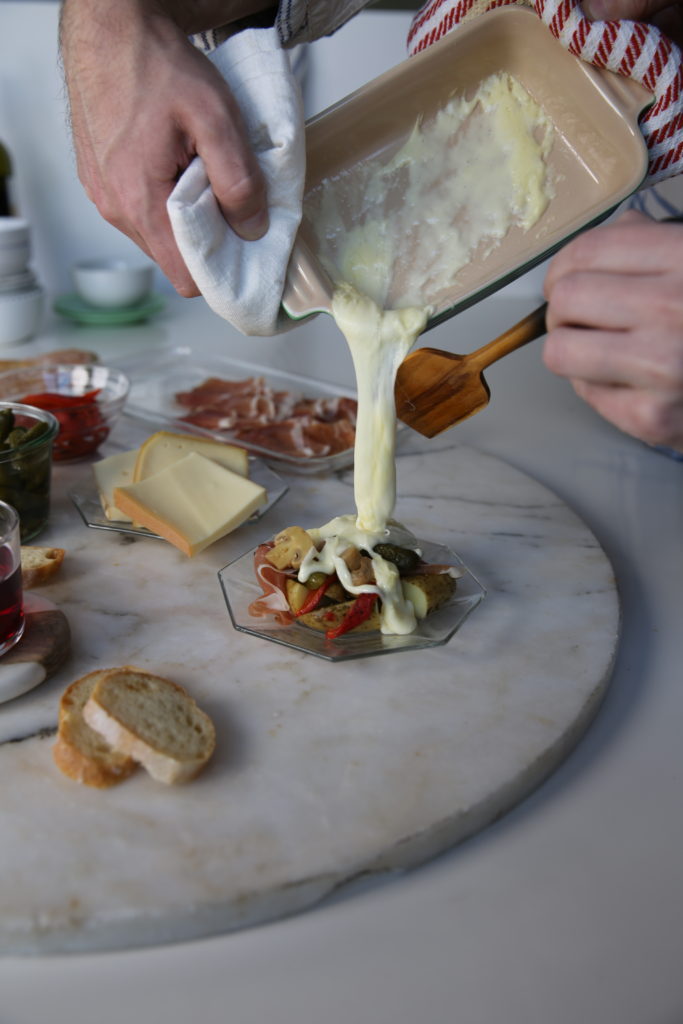 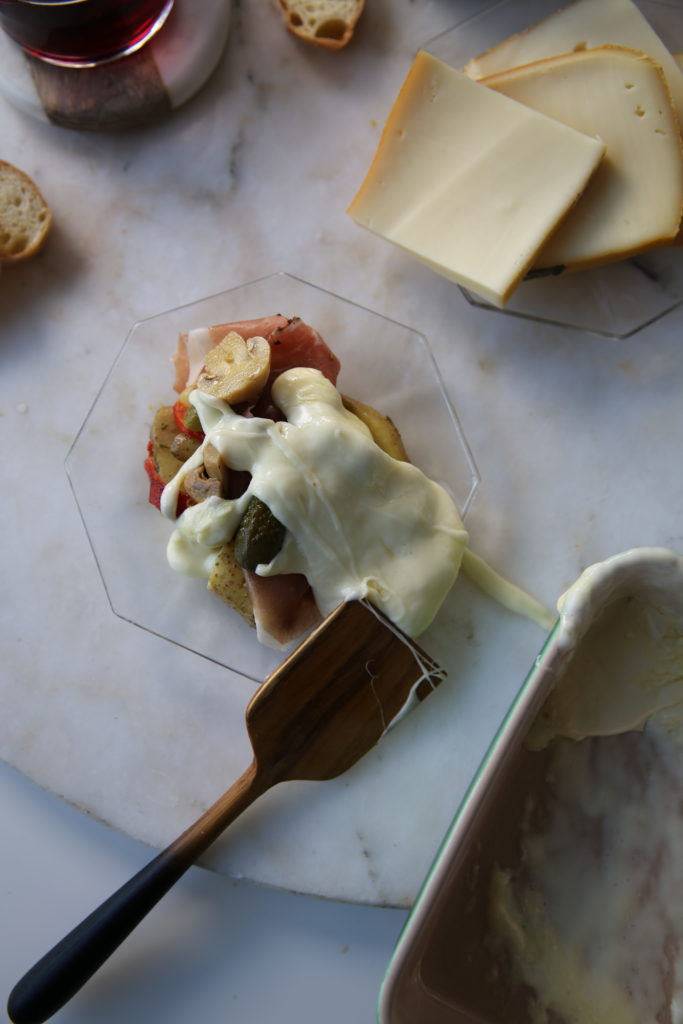 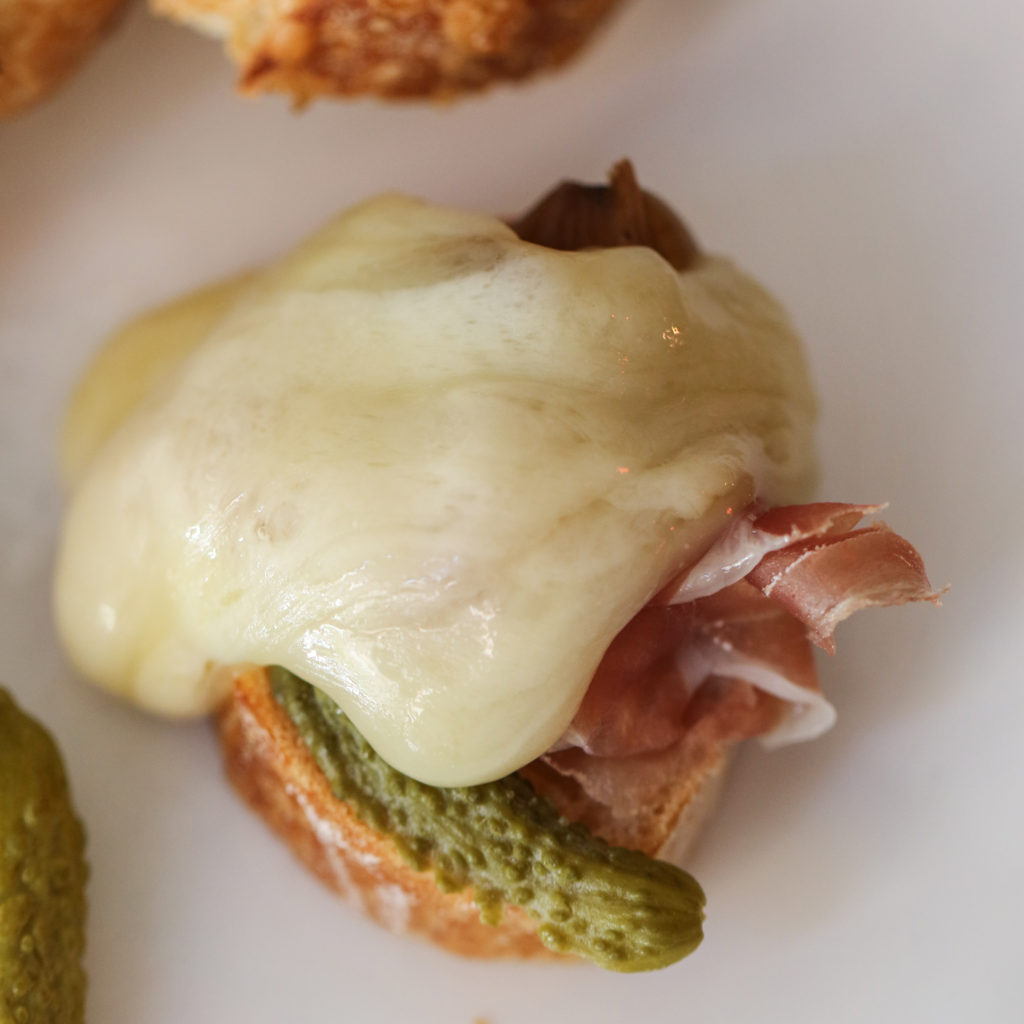 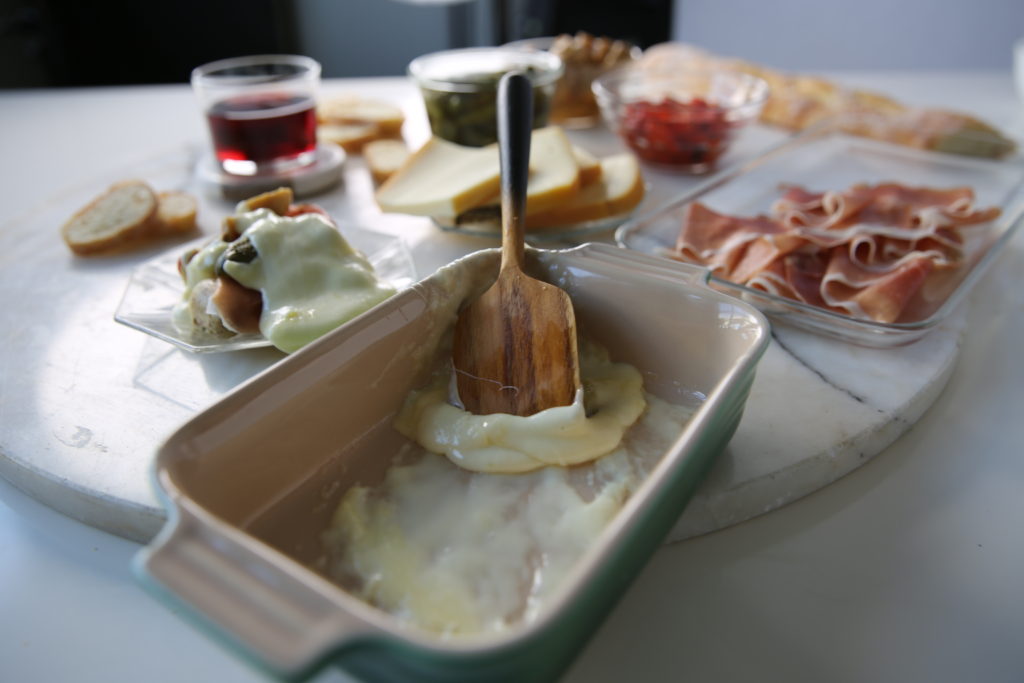 Happy racletting to you and yours.

Raclette comes from the French word Raclerâ, which means “to scrape.” It is a cheese traditionally eaten in Switzerland. The Swiss cow herders used to take the cheese with them when they were moving cows to or from the pastures up in the mountains. In the evenings around the campfire, they would place the cheese next to the fire and, when it had reached the perfect softness, scrape it on top of some bread. Today we use fancy machines to do the melting, but the results are just as tasty. The cheese has a mellow, slightly funky flavor that makes it the perfect accompaniment to almost anything, and the texture is ideal for melting. 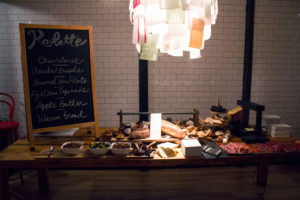 Throwing a Raclette Party is easy. The key is to have a nice variety of meats, veggies and bread for topping with the gooey cheese. There are 2 kinds of raclette machines: one holds a quarter wheel of the cheese and heats it under a lamp, the other heats individual portions of cheese on little pans. If you don’t have a raclette machine you can use a nonstick pan to melt slabs of the cheese, it’s just a little messier. 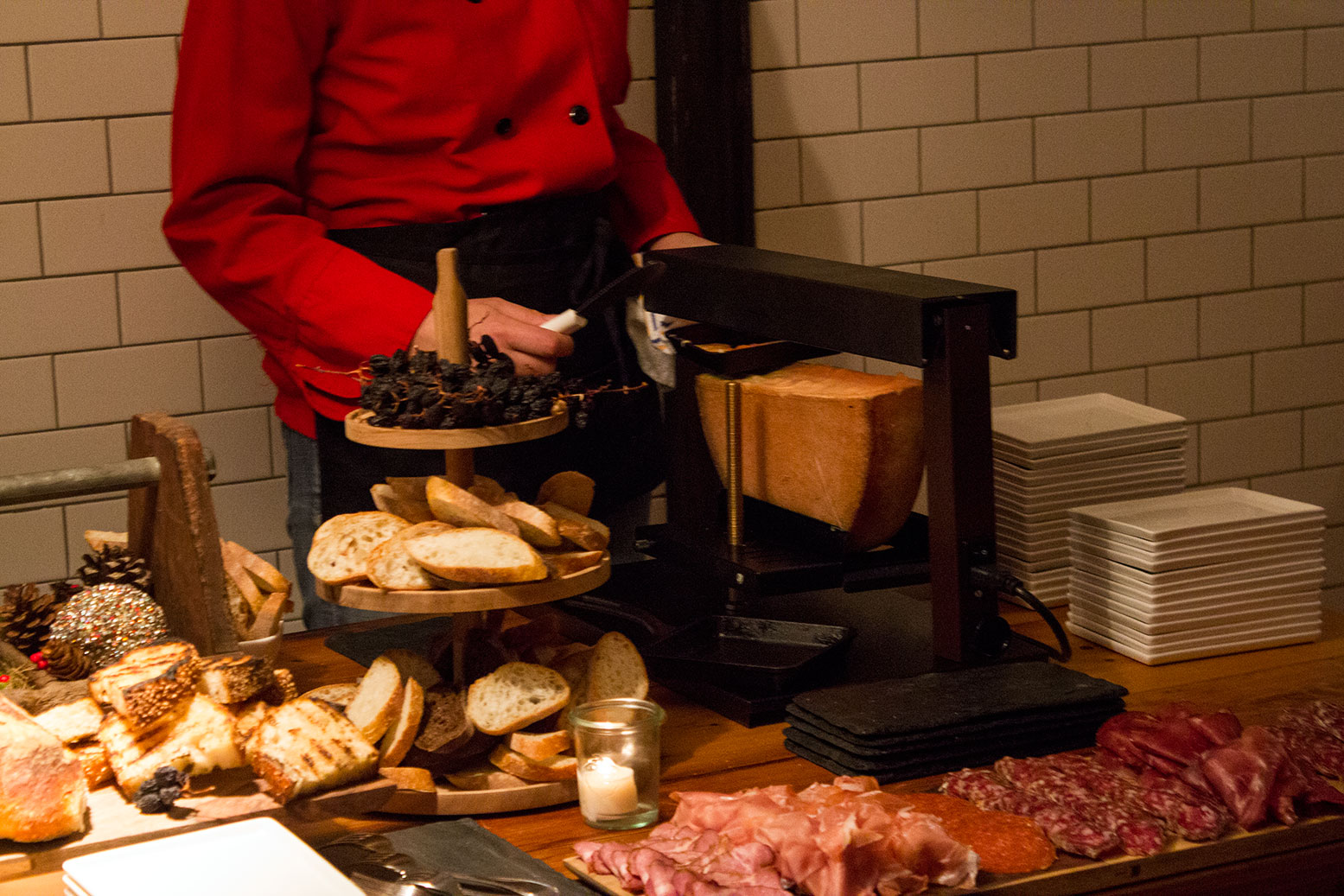 Here are some of our favorite things to serve with raclette:

Acidic and briny bites to refresh the palate: Cornichons, Olives 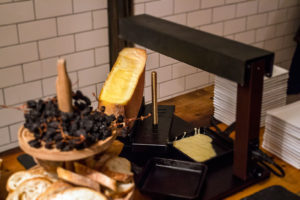 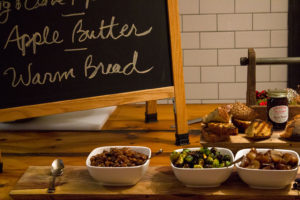