When the first crisp breezes of autumn are in the air, you know it’s time for Oktoberfest – that boisterous celebration of Bavarian heritage that despite its name falls in mid-September, heralded by clinking steins and the joyous pulse of oompah music.

Marzen, the style of lager traditionally drunk at Oktoberfest, is named for the month of March, when it was produced in compliance with medieval Bavarian law that prohibited brewing during the summer months.

Given that Oktoberfest beers are consumed in full liter increments, it’s no surprise that they are known for supreme drinkability.  But don’t mistake this genre for swill – here are three unique American and German Marzens that make excellent complements to some of the world’s finest cheeses.

Consider this your warmup round, or appetizer – a light, sweet, floral, thirst-quenching brew that invites savory accompaniments and thus lends itself to a wide range of possible cheese pairings.

With this American-German collaboration, Sierra Nevada and Brauhaus Miltenberger offer a brew that packs more punch without sacrificing drinkability.  Its forward hoppiness does well with cheddars and fudgy Alpine style cheeses.

The final selection, from Bavaria’s historic Brauerei Heller, fires on all cylinders, making it a superb accompaniment to strong, buttery blues and sweet fruit preserves.

Back to school time is either right around the corner or right now, depending on where you live. Lunch is officially on the to-do list.

If you’re anything like us, you really (really! really!) care about food. But, your’e also too busy to spend gobs of time slaving over a hot lunchbox. Skip the same ol’ sandwiches and upgrade to these simple, nourishing, day-making delicacies. 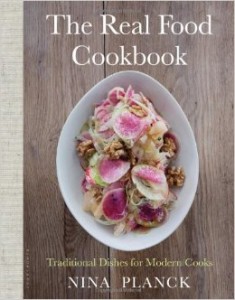 Nina Planck wrote the book on Real Food. Literally. Nina is a farmer’s daughter, food writer and advocate for traditional food. (Oh, and did we mention she is the wonderful wife of Murray’s Big Cheese, Rob Kaufelt?) Plus, she lives what she writes–a life of real and wonderful food. Here’s what she’s packing in her three kids’ lunch boxes this fall:

Kids need protein. Nina and Rob’s kids eat Prosciutto di Parma, made in essentially the same way since the Romans: by massaging the hind legs of whey-fed hogs (leftover from the production of Parmigiano Reggiano) with salt, washing, then dry-aging the meat for 10-12 months, and sometimes even longer. The flavor is perfumy and sweet, beloved by kids and adults alike. We’re all about serving it for lunch with chunks of Pamigiano Reggiano, or pressed into panini. More of Nina’s protein-rich picks: boiled eggs and chef Amy’s egg salad, available at the Bleecker Street store. 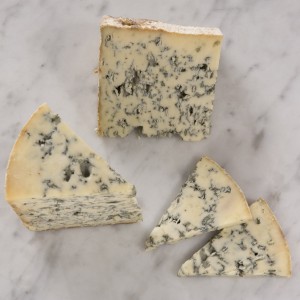 Kids need fresh fruit and veggies. Plus all this calls for a little crunch, so they eat pickles. We love Crisp and Co. pickles, which are snappy, friendly and complex enough for kids and grown-ups. Founder Thomas Peter of Hockessin, DE, uses his background — a master’s degree in biomedical engineering, a former career as a cancer researcher and passion for molecular gastronomy — to create pickle perfection.

Welcome back to fall, a new school year, and lots of real and delicious food to fuel your full and amazing life…and your kids’ minds, bodies and tummies.

For more real food inspiration, head to Nina’s site. Or better yet, read her books!

It’s that time of year: Super Bowl season! We’re all talking about things like: what are Russell Wilson’s chances of leading his team to a repeat victory? What will we serve for game day snacks? Who will have the best commercials? Will the halftime show be as terrible as it always is? And what kind of Uggs will Tom Brady be wearing at the post-game press conference? These are important details—I must know!

Gouda is that fun friend who we all want to show up to our party because they make it so much better. Plus, Gouda comes lots of different ways: creamy, smoked, aged, with caraway seeds, etc. I prefer an aged gouda. It’s full of crystals! Delicious, crunchy tyrosine crystals (that’s an amino acid), which typically form within cheeses that have been aged over a year. It’ll be drier, with hints of caramel, salt and butterscotch. For that reason, you need some sweetness to balance it out. Go with a big stout—something with a lot of roasty, chocolate flavors. (Don’t be afraid to add some honey to the equation if you like it really sweet.) Think of it as a boozy chocolate sea salt caramel truffle—your party guests will be amazed.

It’s hard not to love a double or triple crème brie. The decadent, buttery paste just melts in your mouth. But you need something with bubbles to help cleanse your palate of all of that goodness. Traditionally, you’d pop open a bottle of champagne—but who brings Moet & Chandon to a football party? Grab a Belgian pale or golden ale—something with a cork and cage on top like champagne. It lets you know that it’s been bottle fermented and will give you lots of bubbles, which is exactly what you want with a creamy cheese like this.

Blue cheese can be intimidating. Heck: its got blue mold throughout the paste. But it becomes a magical food when you properly pair it. For starters, get a younger, creamier blue like Cambozola Black Label or Chiriboga or even Stilton. Then crack open a barleywine—a big ale with a ton of malty sweetness. You’ll taste toffee, dark fruits, molasses and caramel—but watch out! Because of the amount of grain used in making a barleywine, they’re typically higher in alcohol. So if Uncle Larry has a foul mouth and gets loud after a few brews, maybe steer him away from this one.