The holidays are about bringing people together. We love to gather around with our friends and family, enjoying each other’s company. Of course, adding good food into the mix is always an added bonus. This year, we are taking a leaf out of the Brit’s book and breaking out our favorite Stilton and a bit of port. But, of course, it wouldn’t be Murray’s if we didn’t put a little twist on it – it’s time to meet Stichelton! 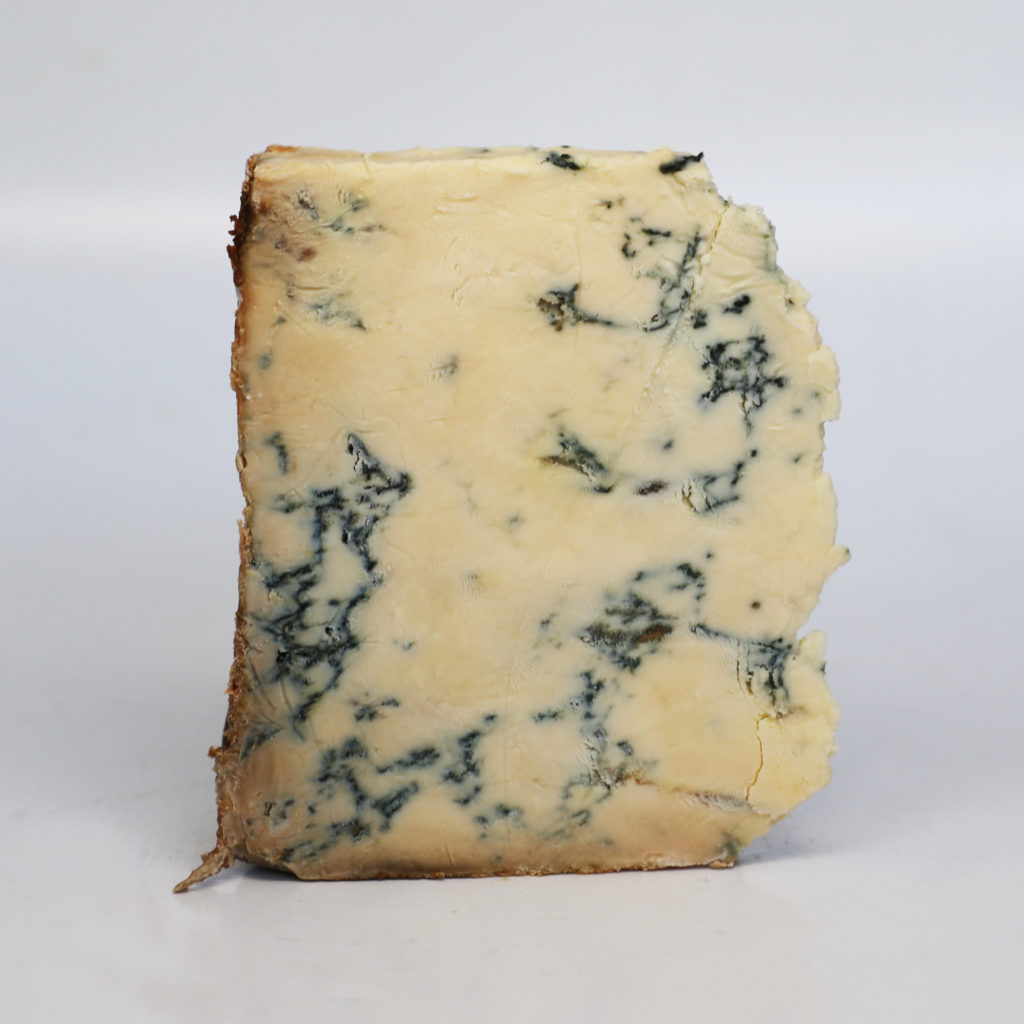 Stilton’s greatest competition, Stichelton is the raw milk recipe of England’s most well-known blue cheese. Each wheel is made by hand, and is a spicy-sweet homage to its older brother. In fact, Stichelton is what Stilton once was – it uses Stilton’s original, raw-milk recipe, which was switched over to the pasteurized version in 1996t. Stichelton, because of its raw milk, could not be called ‘Stilton’ because of the protected designation of origin or PDO, which specified what cheeses could or couldn’t be called Stilton. But Stichelton, because of its raw milk, has a piquancy that the normal Stilton simply cannot rival. Whether it is the soft creaminess that coats the palate, or the lingering caramel sweetness that hides beneath the bite of blue, Stichelton will blow the Stilton you know out of the water.

So why Stichelton and Port? In yesteryear, this was a classic dish enjoyed during the holidays – to serve a wheel (or sometimes half a wheel) of Stilton infused with port wine. This dessert wine has always paired best with Stilton and other tangy blue cheeses, but it’s taken to a whole new level with Stichelton. It is truly a way to bring people together and will be talked about for years to come.

Here’s how to do it:

When it’s time to roll out the Stichelton, serving it with pears and walnuts is the tradition. But feel free to try something new and exciting – maybe spread the Port-Stichelton over one of Jan’s Farmhouse Cranberry & Pistachio Crisps. Want a little bit of extra sweetness? Top each bite with a dab of Black Cherry Confit. Let everyone dig into the wheel with their own spoons, serving as they like. It’ll be both a delicious centerpiece and quite the talking point for the holidays. 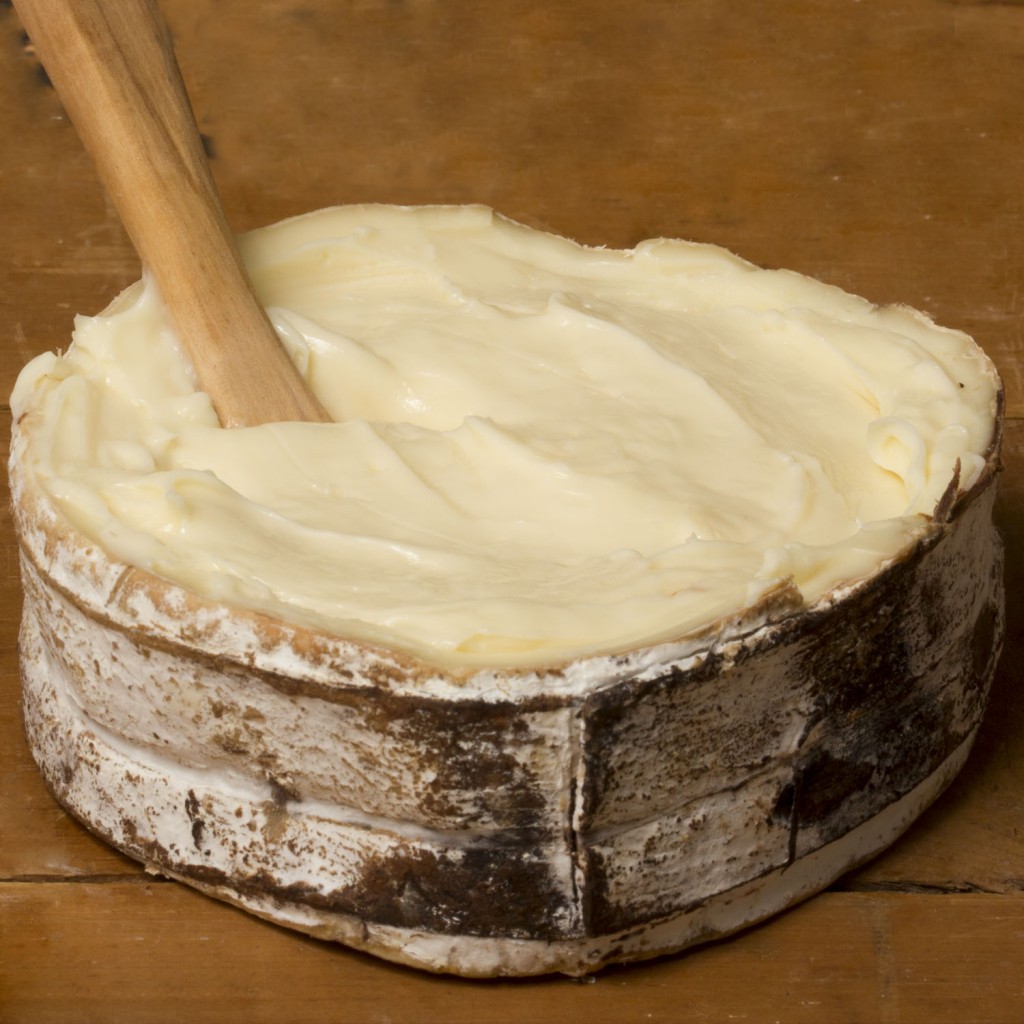 Twinkly lights. Christmas music. Cozy sweaters…CHEESE!! Nothing says holiday spirit–and flavor–like these super seasonal cheese favorites. These gorgeous wheels are at their peak now, and many are only available for a precariously short amount of time. The clock is ticking.

Plus, a spot-on holiday cheese plate is a guaranteed way to spread love and joy. Happy shopping, feasting, and celebrating to you and yours!

Uplands Cheese Co., one of the most beloved cheesemakers in the United States makes this Vacherin Mont d’Or-inspired beauty, possibly the most sought-after cheese in the world (pictured above). This is big news. And it makes total sense – the raw winter milk from their pastured herd of cows is less plentiful and of a quality that’s better suited to a younger, softer cheese, so they’ve done exactly what the French & Swiss have been doing for centuries: binding small wheels in spruce bark and washing them for sixty days to produce an astoundingly unctuous, resiny, bacony delight. Best served warm, with a bottle of oxidized white wine, crusty bread, and potatoes.

This cheese has a very limited availability. (Last year, it wasn’t available at all!). Get it while you can, or spend 2016 in a cheesy shroud of regret. 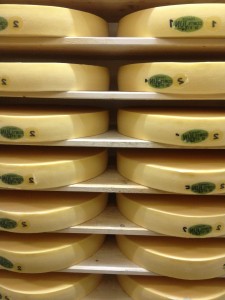 Frankly, a fantastic cheese. Here at murray’s, we can’t get enough. Aged in the Fort Saint Antoine in Jura, this Comte is produced by one of 13 high altitude cooperatives (“Fruitiers”) approved by affineur Marcel Petite. This Comte is aged for 2 years, which is the longest the affineur will age any cheese. The enormous wheels of raw cows’ milk have a firm texture, leaving flavors that can range from dense, with hints of smoke and onions, to sweeter, with notes of chocolate and hazelnuts. A holiday cheese plate must, and major crowd-delighter. 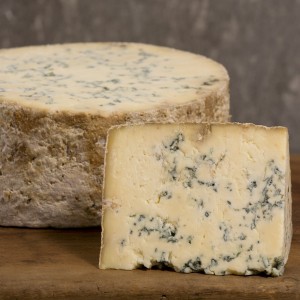 How did Stilton become a Christmastime tradition? The most sky-high quality milk comes from cows grazing at the end of the summer, and Stilton is at its best after about three months of aging. Hence, the cream of the crop Stilton is ready just in time for the holidays! Plus, it’s fantastic after Christmas dinner, with some tawny port and shards of chocolate.

The term ”Royal Blue” must have come from the creation of Stilton. Invented by Elizabeth Scarbrow and first served in 1720 at the Bell Inn in Stilton, England fame was not far behind. Made with pasteurized cows’ milk, it is ripened 3-4 months under carefully controlled cool, humid conditions. These farmstead, rustic looking cylinders are made by Colston-Basset Dairy, for Neal’s Yard Dairy. What makes them unique is the use of traditional animal rennet, not to be found from any other Stilton maker. Each bite is exceptionally buttery in texture with a clean, mineral tang that you’ll never forget. 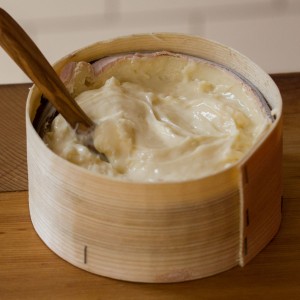 Vacherin Mont D’Or inspired mania and devotion, and rightly so. A thermalized cow’s milk cheese wrapped in spruce to contain the woodsy liquid interior that, with one taste, commands spontaneous exuberance. It tastes like the holidays.

Extremely rare and highly seasonal, Vacherin Mont d’Or hails from Switzerland on the border of France near the mountain D’Or. Traditionally made with the winter milk of the same cows that produce Gruyere in the summer, this cheese is only available from October until April, making it all the more precious. The cheese must be made from cows munching on straw and fodder; once outside to graze at pasture, their milk is used for larger alpine cheeses. Swiss regulations also dictate the cheese must be produced at elevations of 2,297 feet or higher. Not a dictate, but we highly recommend you enjoy this delectable cheese with a bottle of Gewurtztraminer.