Think about the butter you have in your fridge for a minute. Shoved in its plastic cage on the refrigerator door, waiting to be let free, to spread on your morning toast or to melt over pasta. But other than that? It is left abandoned, used minimally because the world believes that butter is inherently bad for you. But as we’ve talked about before – dairy and full fat cheeses (cultured butters included) can actually be better for you than previously thought! 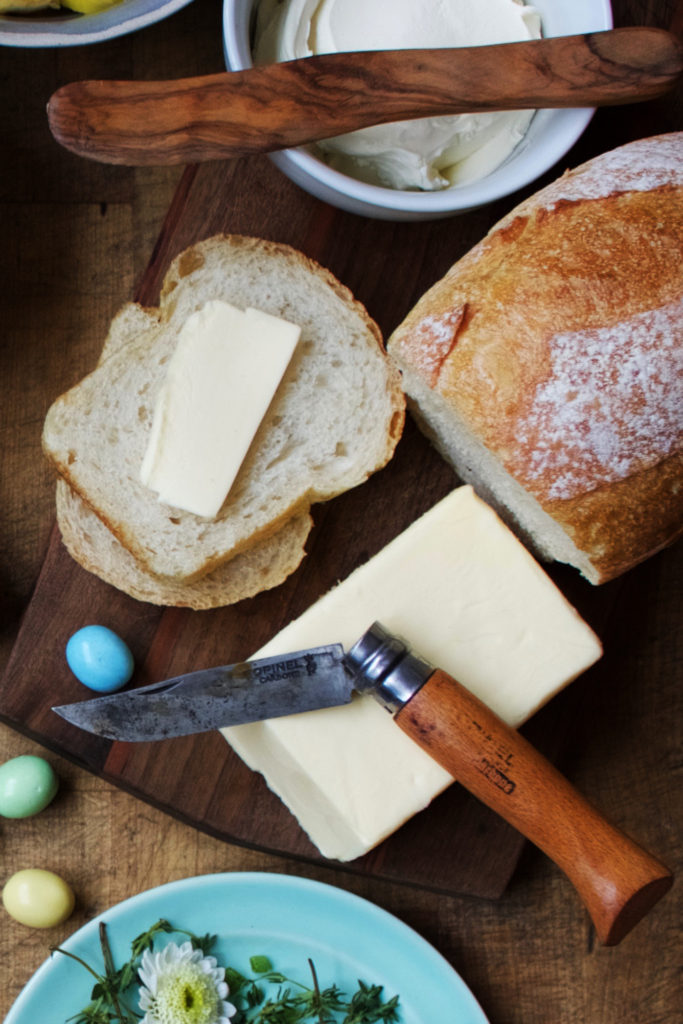 So why do we forget about butter? According to a new book by Elaine Khosrova, we shouldn’t be. The aptly named Butter: A Rich History, brings butter out of the fridge and to the forefront of our minds. Khosrova tells the storied history of this delectable kitchen staple, expanding on its role in food culture from around the world.

Butter – made from churning or fermenting fresh milk and cream to separate butter fat from buttermilk – has been a staple in cooking for as far back as humankind kept dairy animals. No two butters are alike, even from the same distributor. The nuances in color, consistency, salt content, sweetness, and freshness vary from batch to batch, creating a new experience each time you buy it – not dissimilar to cheese. It’s why we love butter – not only does it add flavor, it has a unique flavor all on its own.

But it isn’t just cuisine – butter has been used in religious ceremonies as part of sacred butter sculptures in Tibet. In Ireland and Scotland, butter continues to be unearthed from bogs, where the low temperatures and high levels of acidity with minimal oxygen act as both incubators and refrigerators. Khosrova weaves butter’s tales from ancient times, all the way up to butter’s modern-day battle with margarine and fat-free zealots.

And it’s not just Khosrova who is excited about butter. Last year, the average American ate more than 22 sticks of butter. US butter consumption has hit a 40-year high, meaning it is safe to say that butter is back and here to stay. Margarine, originally marketed as a healthy alternative to butter, has fallen by the wayside as unhealthy-trans fats in margarine were discovered to be linked to all kinds of health issues.

But the history of butter is not the only thing that Butter covers. With each story of butter’s origins, Khosrova includes contemporary and classic recipes that tie into butter’s story – anything from beurre manie, croissants, pate brisee, and a delectable buttercream frosting. Want to make butter at home? There’s a recipe for that too! And don’t worry, there’s no churning involved.

Want to leave butter-making up to the experts? We have a wide collection of only the best butters from around the world. Become a butter connoisseur, just like Khosrova.