Murray’s has always stood by our creed: We Know Cheese. We’ve embraced it – as purveyors of the world’s best cheeses, guardians of Gruyere, champions of Cheddar, defenders of Delice de Bourgogne, we’ve brought you only the best. But while we’ve cultivated other people’s cheeses, aged some of the greats in our Caves, Murray’s hasn’t developed a cheese from scratch – until today!

Meet Ezra; a Murray’s exclusive clothbound cheddar born and bred here in New York. After almost two years of R&D, Ezra is finally emerging from within our caves to make its first appearance in our shops. But let’s walk you through how Ezra came to be!

Our Cavemaster PJ Jenkelunas and Sr VP Steve Millard got into a discussion around the spotty availability of a monger favorite Gabietou, and the idea of recreating this French washed-rind cheese was born.

Matt Ranieri, who was consulting with Old Chatham Sheepherding Co.,and Dave Galton (who co-owns Old Chatham with his wife Sally) agreed to help Murray’s in the R&D of Gabietou and to help provide the milk. The cheese would be made at the dairy incubator at New York’s Cornell University. Over a long weekend, the Murray’s team made its way up to Cornell to start making cheese. The only problem? Gabietou (version 1.0, as our Cavemaster still wants to make one eventually) didn’t turn out so great. But, it gave birth to a new idea.

During a re-examination of what the cheese would be, Steve expressed the desire to make a truckle sized cheddar – inspired by England’s Lincolnshire Poacher instead of the sweet New York cheddars that existed. In July of 2015, they tried again, heading back up to Cornell and making their very first batch of cheddar. It took some experimentation, and plenty of time, but finally, this lemony, bright cheddar tastes of sour cream and baked potato – and it’s perfect.

Our cheese was dubbed Ezra – the first name of the founder of Cornell, the birthplace of Murray’s first cheddar. But what was behind the magic of making this fine little cheddar? We sat down with PJ and Steve to learn a bit more about the inspiration behind Murray’s first cheese.

“At Murray’s we sell cheese really well, we do affinage really well, we merchandise cheese exceptionally and our training program is second to none but we never made cheese.  My desire was to have a cheese that we made. We experimented with Holstein versus Jersey milk and settled on Holstein as our milk of choice.  We have 6 or so batches of Jersey cheddar (still really great) and then will be back to 100% Holstein.” – Steve 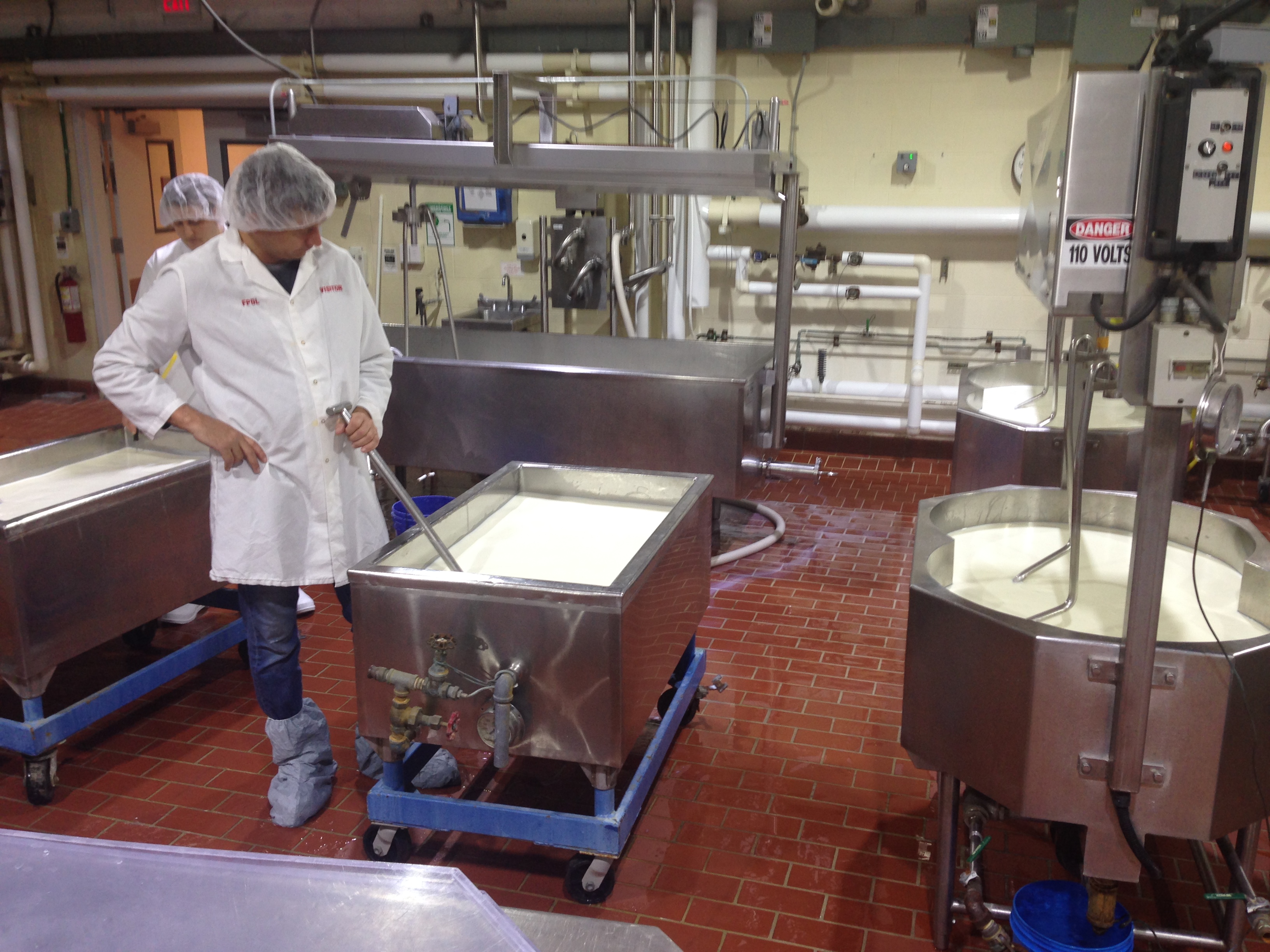 “The product development process involved a lot of variables.  Steve mentioned that we were going back and forth between Holstein and Jersey milk.  We also tried many different culture combinations.  During the aging process, we sampled each test batch very regularly to see which combination of cultures fit our desired profile.  Since clothbound cheddar takes so long to age and develop its flavor, this process took a very long time.” – PJ

“I think this cheese is incredible.  I am admittedly biased but think the combination of many factors is leading this cheese to fit into our set very nicely.  American cheddar tends to run down a sweet/sulfurous path.  This cheese very much decidedly goes in a different direction toward a wonderfully bright and acidic path with notes of lemon curd and a slight hint of sweet caramel.  Our natural rind cave has proven to be a wonderful component of this cheese and this cheese sings the notes of the microflora of this cave beautifully.” – Steve

” All the elements of this cheese hit upon a New York theme… we developed it at Cornell, we use New York state milk, we get our lard from the Meat Hook (and they use New York pigs), and obviously we age it in NYC.” – PJ

“We are working on recreating Barden Blue and are very close to having a final recipe.  This will be a raw milk, natural rind blue made by Consider Bardwell Farm and aged in our caves in Long Island City.  The other big project we are working on is an ashed, domestic Camembert made by Jasper Hill and finished in our caves.

Annelies started as a small R&D project with 2 wheels aging for 12 months in our caves and now we have 360 wheels of this incredible cheese aging in our alpine cave. We strive to have several small R&D projects going, from each one we learn a tremendous amount about cheese making, affinage and what we like. ” – Steve 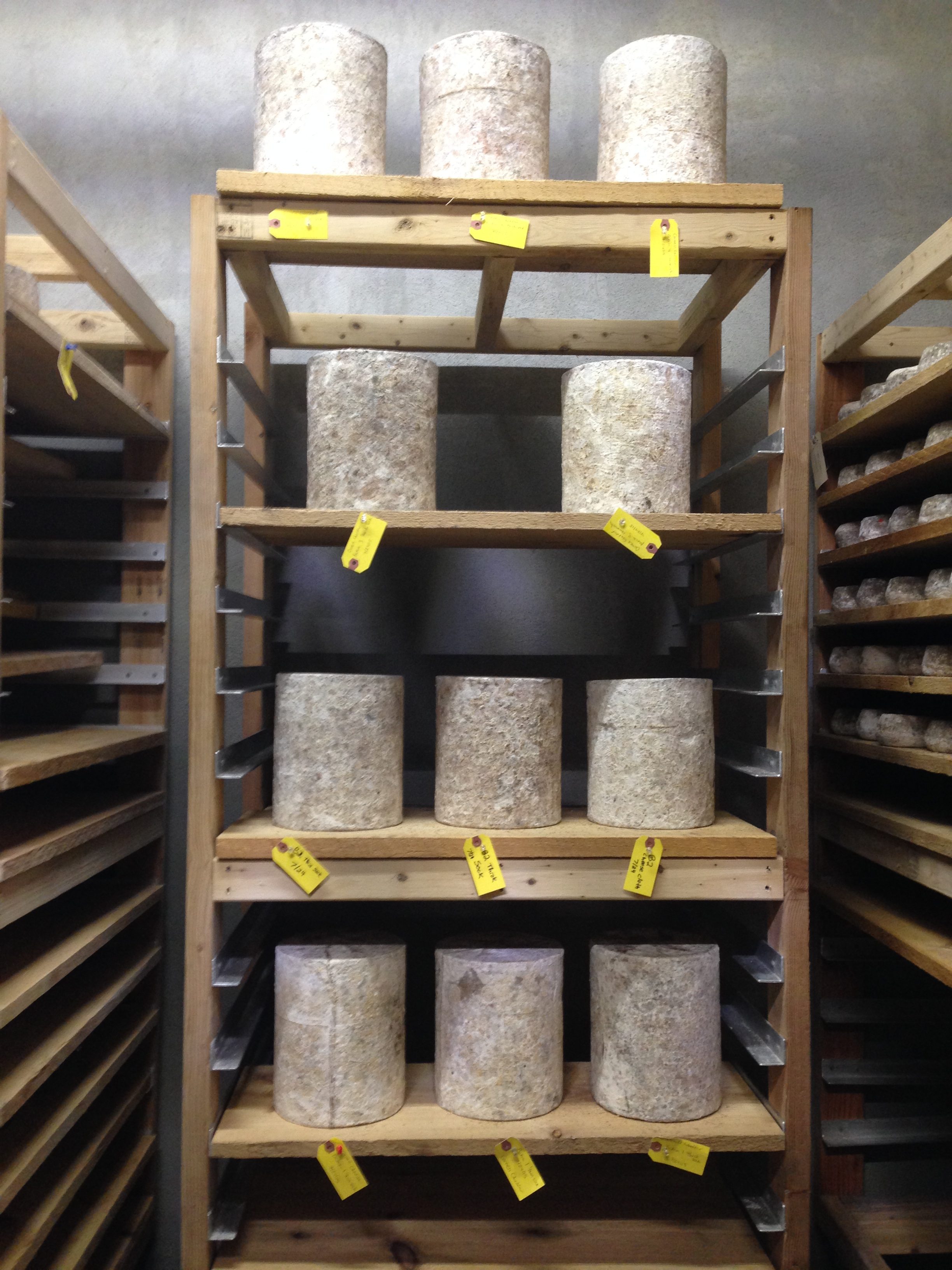