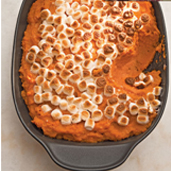 Here at Murray’s we find that the coming of fall (heralding all the delicious things that can be pulled from the ground, cut from the vine, and thrown into a pot) is the perfect time to pay homage to a bounteous cheese, Parmigiano-Reggiano.  We’ve stacked big golden wheels all over the store, and even split a few open—all the better to see how the two-inch thick rind gives way to a perfectly grainy texture.  But don’t be too quick to look beyond the rind!  It too has become an Italian staple, used to flavor soups and stews, and given to infants as what must be the world’s best teething companion.  Italians produce about 3 million wheels of Parmigiano annually, of which only 16% is exported abroad.  Interestingly, whether it is consumed domestically or exported, every single wheel of Parmigiano is inspected for quality by a member of an organization whose very existence seems like an ornate American fantasy—the Consorzio Parmigiano-Reggiano, whose responsibility it is to test and grade every single wheel of Parmigiano made in Italy.  Why care?  At the heart of the Consorzio are its inspectors, masters of cheese whose wise judgments guarantee quality even as production of Parmigiano increases every year.

Parmigiano-Reggiano is made on farms in the provinces of Parma, Reggio Emilia, Modena, Bologna left of the river Reno and Mantua right of the river Po.  Cheesemaking follows a careful pattern: the evening’s milking is set aside overnight, allowing the cream to rise.  The following morning, the cream is skimmed off the top, and the skimmed milk is then combined with that morning’s whole milk in bell-shaped copper cauldrons.  The milk is heated and rennet is added to curdle the milk.  After a few minutes, the fresh curd cut with a long bladed tool called spino into rice sized grains.  It is then heated again, allowed to cool, and removed from the copper vat with a cheese cloth, yielding about two wheels worth of cheese.  Once these wheels have spent 25 days in a salt water bath, they are set in special temperature and humidity controlled rooms where they age for at least 12 months.

After a year of aging, the Consorzio steps in, sending inspectors out to test every single wheel.  This is a feat in and of itself, but more fascinating still is how the inspections are carried out.  Instead of using a cheese iron (the long tubular beak used to reach the middle of cheeses) to take samples, the inspectors use them to gently tap along the exterior of the cheese.  They are able to listen for sounds that indicate cracks, voids, or other undesirable faults in the cheese.  That’s right, listen for them.  Based on their determinations, the 80lb wheels of cheese are seared with one of two large and clearly defined oval brands—”Parmigiano-Reggiano“ for top quality cheese that can continue aging, and “Parmigiano-Reggiano Mezzano” for lesser quality cheese that should be consumed young.  These lesser wheels are further branded with broad parallel lines, making it impossible to sell them as their worthier cousins.  If a wheel doesn’t meet the requirements to be called Parmigiano-Reggiano the smaller dotted inscription applied at the time the cheese was made is scraped entirely off the cheese, so it cannot be sold as the real thing.  After 18 months of aging, cheesemakers can have a Consorzio inspector come back to determine whether cheese can be further categorized as “export” or “extra” quality.  Export quality gets shipped around the world, extra quality is set aside to age for longer than the traditional 24 months, producing a dryer and more intense cheese.

We’ll be celebrating this auditory genius all month, and we’ve got enough wheels of export quality Parmigiano to circle the store, so please do come in for a taste.