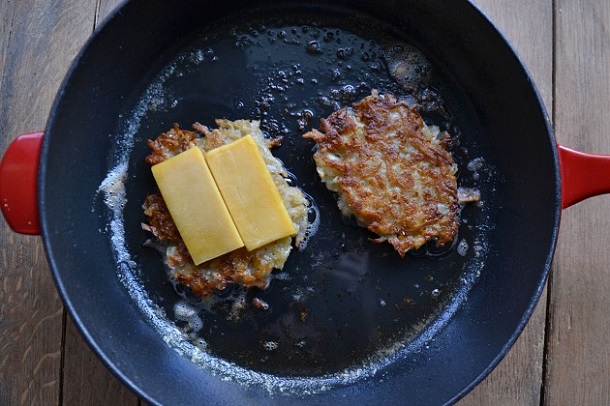 How do you take something that’s already as tasty and beloved as a latke and make it even better? It’s a hard feat, but the answer is simple: a few slices of cheddar (or any other melting cheese you love). Slamming a few of these is like rolling all Gimels (aka winning big) in those heated family dreidel games. Seriously, can you think of a better way to celebrate the festival of lights? Didn’t think so… 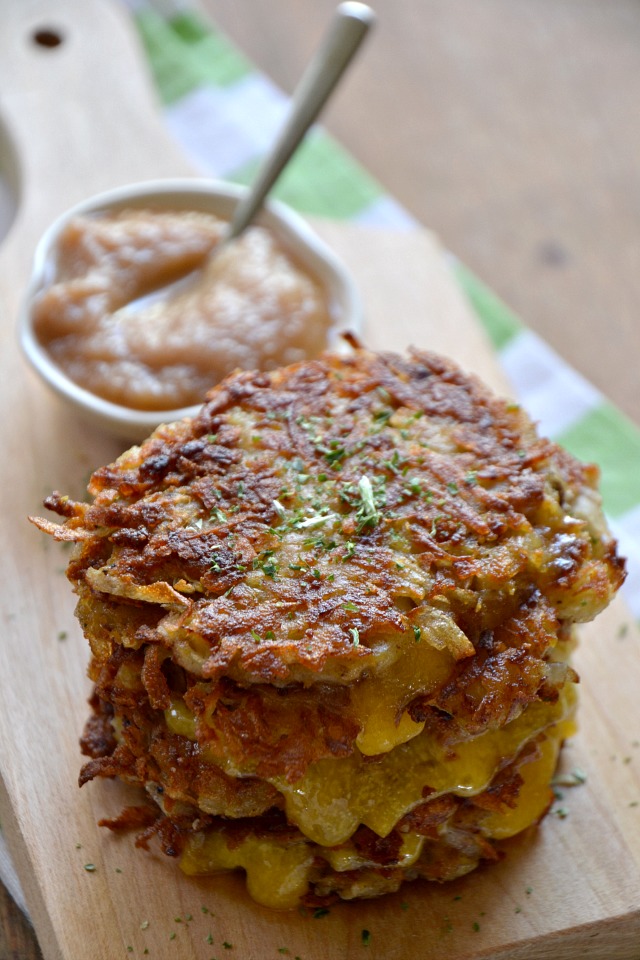 Here’s a recipe we’re definitely making this week, which we’ve outright copied from The Nosher.

Line a large bowl with a kitchen towel and line a baking sheet with two layers of paper towels.

Stir in the egg, bread crumbs, salt and pepper until combined.

In a heavy saucepan, heat 1 tablespoon of butter and 1 tablespoon of olive oil over medium-low heat. To test if the oil/butter mixture is hot enough, drop a small piece of the potato mixture into the pan and if bubbles form around the edges, the oil is ready.

Carefully place two ¼ cup-sized scoops of the potato mixture in the pan and cook for two minutes, until the latkes are browning on the bottom.

Flip the latkes over carefully with a spatula and place 1-2 slices of cheddar cheese on one latke. Cook for one more minute then place the second latke on top of the cheese and press down. Cook for 30 seconds then flip over the grilled cheese latke sandwich, press down and cook for 30 more seconds.

Place the hot grilled cheese latkes on the paper towels to drain then repeat this process to make 3-4 more sandwiches.