Brie is in the air, or at least in the news – see The New York Times.  What is old is new again this spring, in cheese as in all things.  Brie has always been popular at Murray’s, it is a staple of our business, ever since the early importers first brought it from France to America in quantity without ruining it along the way, and Murray Greenberg brought it into his little shop on Cornelia St.

For the fact is, Brie is a delicate cheese.  A bloomy rind cheese, a soft ripened treasure. If too young it lacks that luscious creaminess; if too old, it has that ammoniated taste and smell that put us off. Once upon a time, as Brie became more popular, it became less likely to come from France, and more likely to come from factories in Wisconsin and Canada. Somehow, these were never as good.

Worse, Brie is meant to be double creme, 60% butterfat, and more brie began to be sold that was only single creme, or 50%, which just doesn’t make it in the taste and mouthfeel department. (triple cremes, at 70%, are something else altogether).

But worst of all, we began to see it cut and cryovac’ed, with a long shelf life, suffocating in plastic, and so fewer Americans were having a real French brie moment anymore.

But Brie is back, and the real thing is finally becoming available in ever more locations. In our shops at Kroger markets in Atlanta, Cincinnati, and Texas, you can get the real thing, freshly cut from its large 2 or 3 kilo wheels, the large white discs sitting freshly unwrapped from their special paper ready for the monger’s wire.

Brie is meant to be eaten a point, at the point of perfection, perfectly creamy yet not over the top. We achieve this by storing the cheese we import in our French design caves beneath the streets of Greenwich Village.

Along with Brie, the comeback trail might include Brie’s infamous spinoffs, perhaps ready for respectability denied it in food and cheese circles. I’m speaking of baked brie, of course, Brie en Croute, which has given us a few laughs at Murray’s over the years. But now I’m not so sure.

Last year, while visiting a Kroger store in Ohio with Liz Thorpe, our Vice President who’s in charge of that program, a young chef in the store brought us her version of baked Brie: a little aluminum foil cup, filled with Brie, wrapped in an all-butter puff pastry.  Needless to say, it was delicious, and the shops carried it for the holidays and it sold like crazy.

It was delicious: the melted brie oozing flavor with its salt mingling with the sweet fruit preserves, then baked with a golden brown crust.  Could it be that a young midwestern chef discovered what an old New York cheesemonger (or the French themselves for that matter) would never admit: this was Brie at its best! 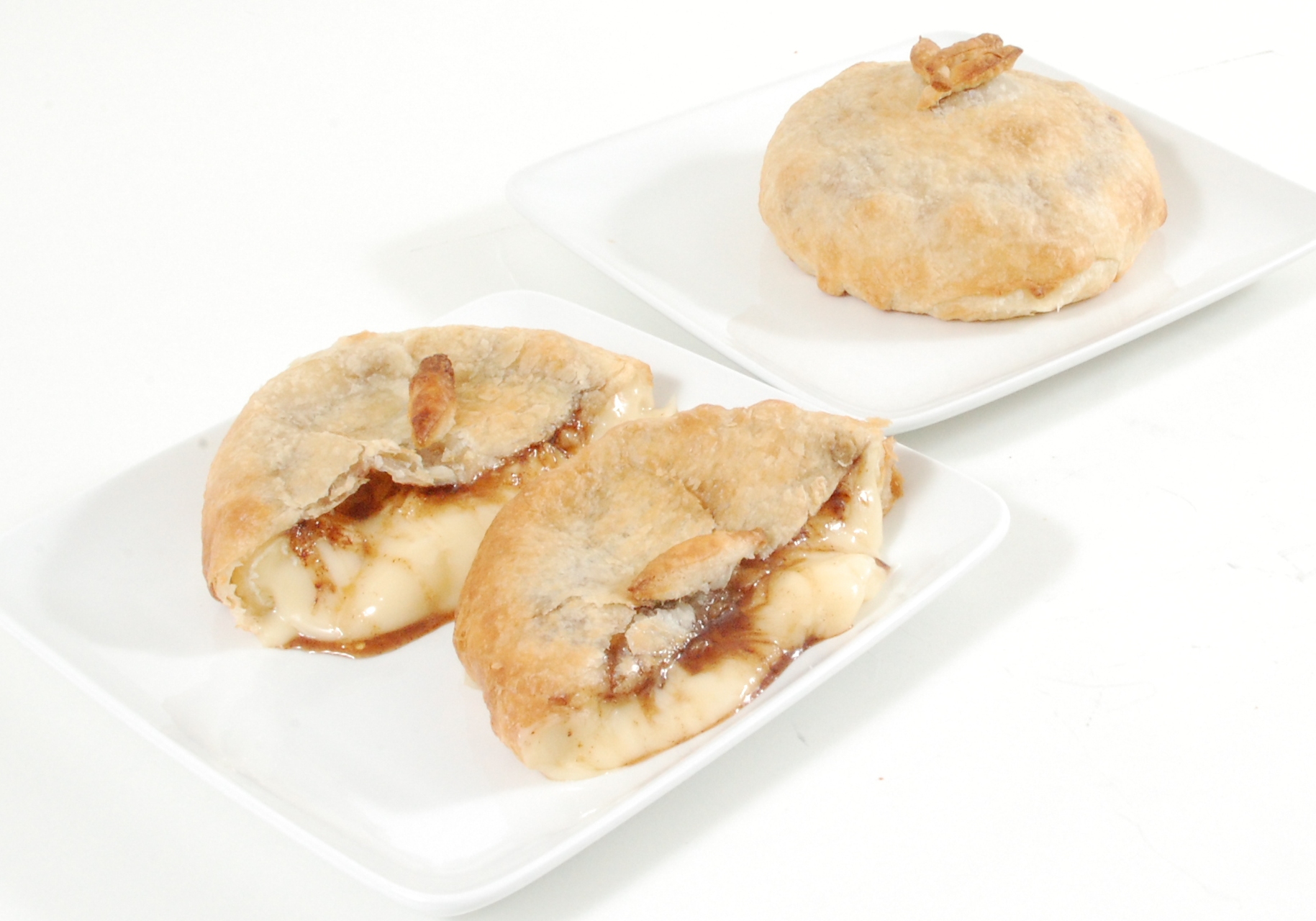