It’s all about they hay. Hay hay hay.

On Thursday, five of us from Murray’s packed a car full of cheese and took off northward, towards Vermont. Our plan: spend time at Consider Bardwell, Jasper Hill and Vermont Creamery before heading to celebrate all things Vermont Cheese at the Vermont Cheesemakers Festival.

Come Saturday, we had spent a whirlwind 48 hours driving, hanging out with so-cute-it-hurts goats and their kids and whey-eating piglets, getting up before the crack of dawn to make Rupert (ok, mostly watching the lovely cheesemakers at Consider Bardwell make Rupert), tasting through so many batches of Bayley Hazen our tongues got all tingly, walking through farms, suiting up for the caves…and eating cheese and more cheese, and then some more cheese. Some Vermont beer to watch it down. Then more cheese.

We’re all happy, excited and fired up. The postcard-worthy, saturated green landscapes of Vermont never get boring. Vermont summer is truly magnificent. At night, us city kids ogle a blanket of stars, deep quiet. At Consider Bardwell, Jasper Hill and Vermont Creamery the cheeseheads are so ridiculously generous with their time and knowledge that I’m inspired to be a better human being. 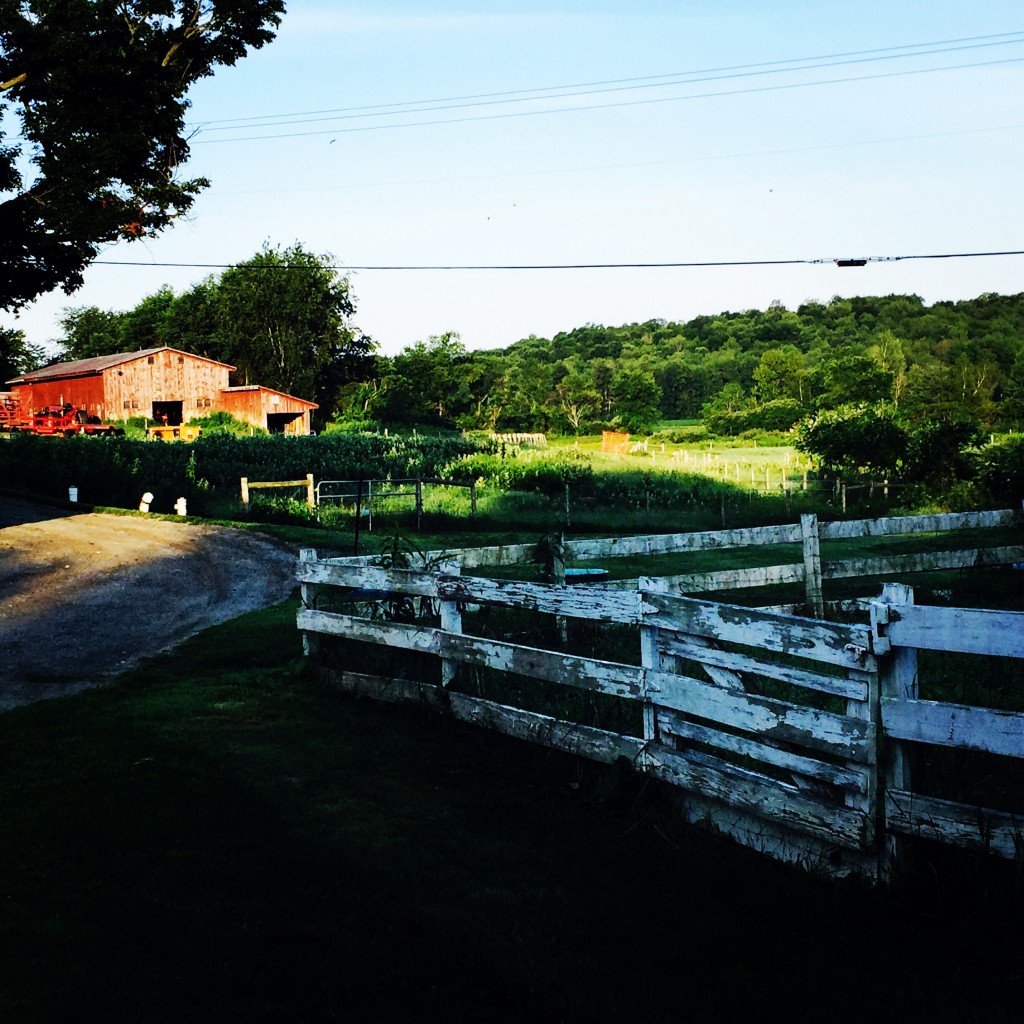 But hay! I digress.

Before this weekend, I spent approximately zero time thinking about hay. It was Mateo Kehler, who started and runs Jasper Hill with his brother Andy, who urged us to wake up early (so early!) and see his newest treasure: a hay drier. It didn’t really sound sexy. Sleep sounded better than a hay drier. But Mateo was pumped up, and so hay it was.

“It smells so good,” he said, that some time in and around his fragrant hay would make everyone want us. When we opened the car doors, the heady fragrance hit us. Long inhales. Like just-mown lawn and wildflowers and sunshine…it was a magic smell. 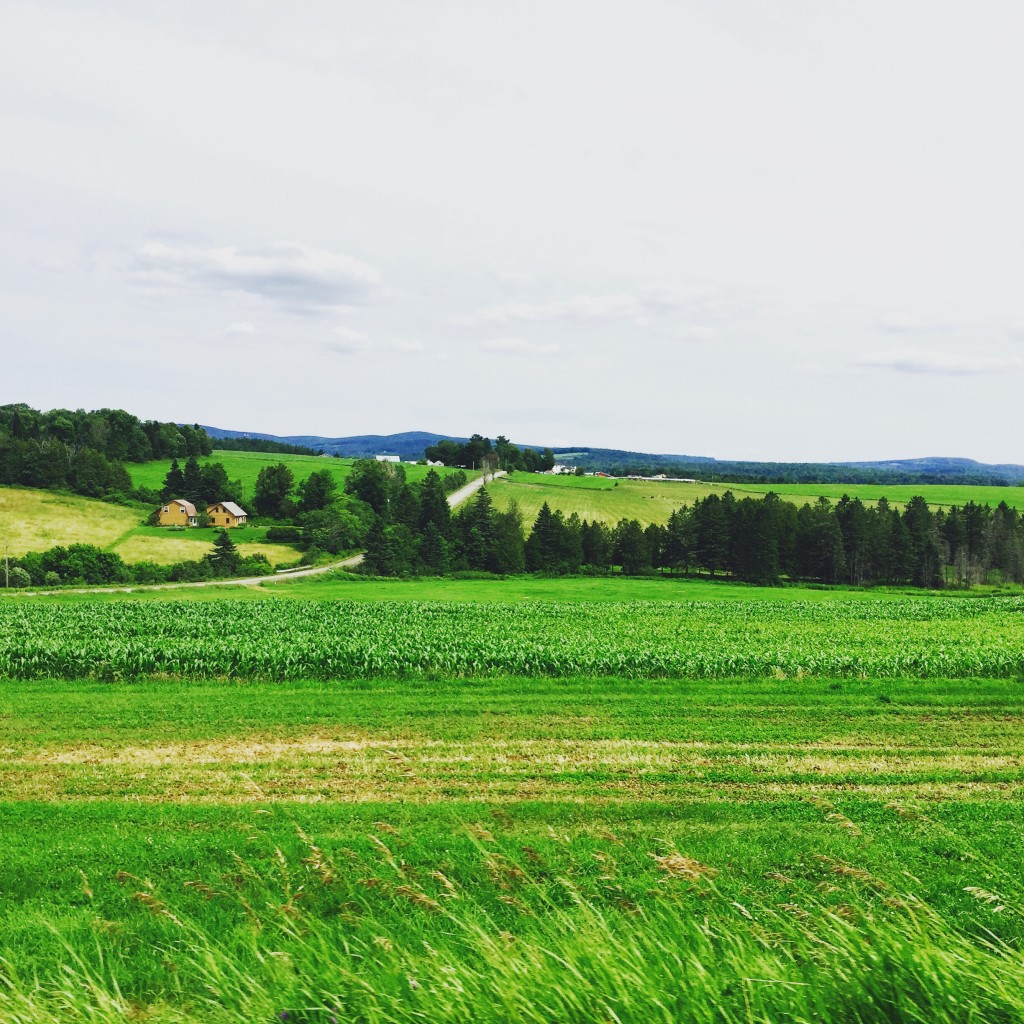 Great cheese starts with great milk. Great milk comes from happy cows. Mateo and his team at Jasper Hill have pioneered hay drying technology to feed their herd (really) well in the winter.

“The microbial quality of the milk is the sum total of all the practices on the farm,” he told us around some of his super fragrant hay. We kept sniffing. Rachel, Murray’s Cheese Bar’s cheese goddess, was getting inspired about cooking with hay. Mateo gave her a few baggies to take home. As I write, she’s experiment in the kitchen. Stay tuned. 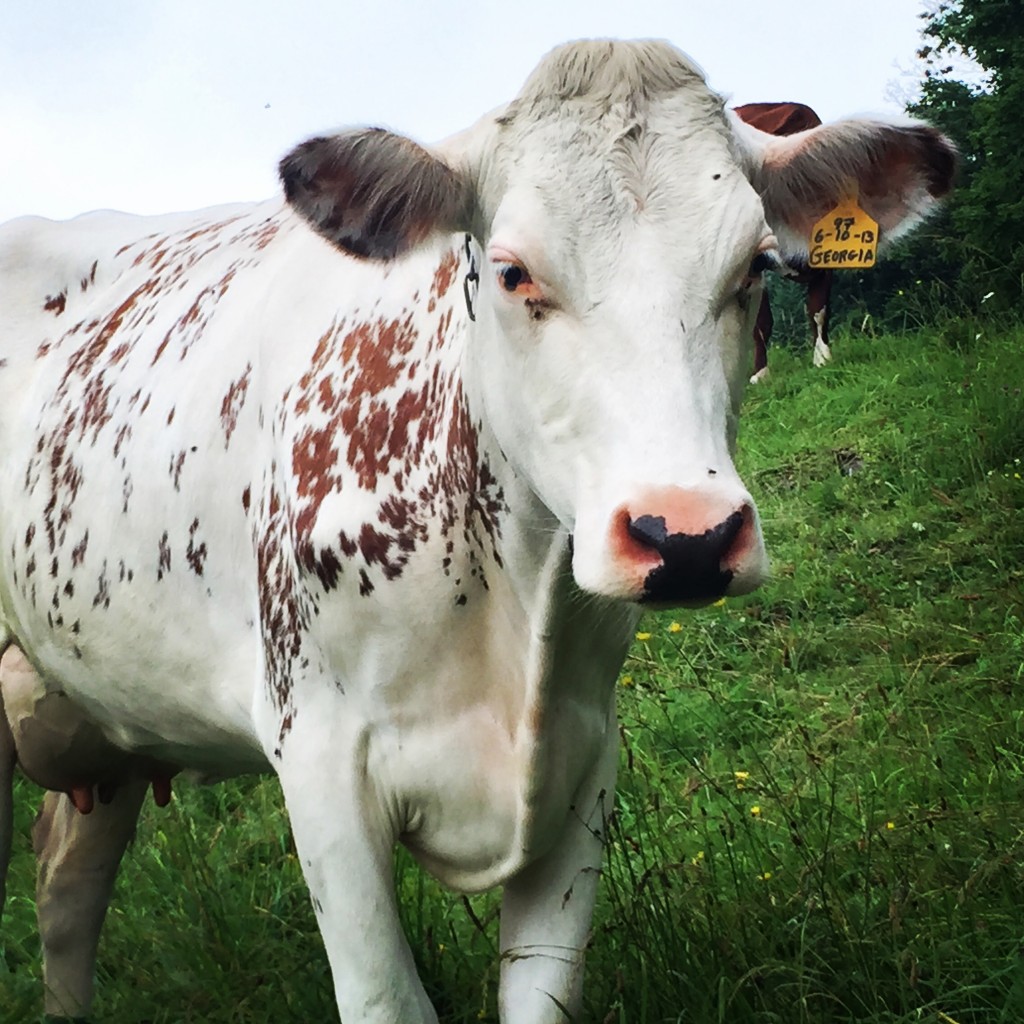 I didn’t know hay is so hard to come by. The fields need three or four consecutive days without rain for the grass to be dry enough to gather and make hay. And cheese requires a gigantic amount of hay. One ton of hay yields about 850 pounds of milk, which makes about 100 pounds of cheese. That comes out to 20 pounds of hay for one pound of cheese.

Mateo’s hay drier is the first of its kind in North America. It means fields can be harvested after just two dry days, rather than four. It means he doesn’t have to rely on hay from Canada, or even worse, fermented silage, which is tough on cow tummies and makes less wonderful milk. “The health benefits for our animals are huge,” Mateo told us. “It’s about preserving the biology of grass on the field. Everything–ecology, bedding, eating, milking–everything effects the quality of the milk.”

“What we’re really doing is supporting a farm and a community. Cheese is the vehicle by which we do so.” We could feel that in Vermont. We met farmers, milkers, cheesemakers, affineurs, cheese-lovers, their family, their friends…a true community. It all starts with the hay. And these people. And their love.