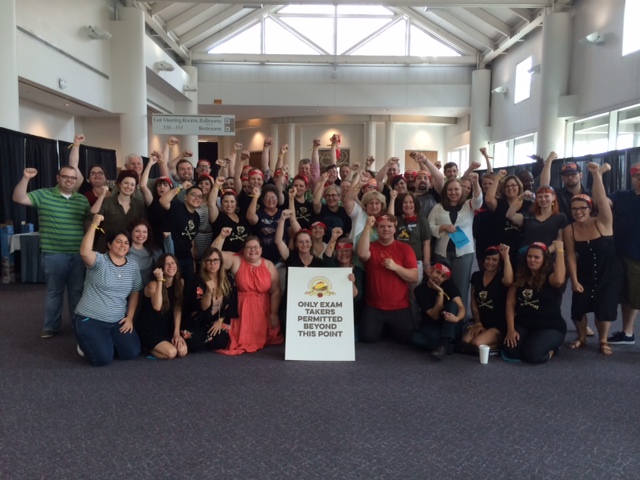 “The opportunity to work with and learn from who I consider to be the best minds in cheese today has been a once-in-a-lifetime experience for me,” says Connor Pelcher, who works in our Wholesale department and just got the news of his CCP status. (Congrats, Connor!).

The exam was first given in 2012, and it reflects a recent groundswell of professionalism in our world – cheese land. According to a 2012 report from the National Association for the Specialty Food Trade, cheese is the largest specialty food category in the US. Murray’s is at the forefront of establishing, growing and supporting a career path (a multitude of career paths!) in cheese.

“The ACS CCP Certification is a mark of excellence and achievement that reflects a commitment to the best possible care for cheese and service to those that love it,” says the American Cheese Society. Passing the American Cheese Society’s CCP exam is no small feat. Before being allowed to sit for the exam, cheese people must have 4,000 hours of work and/or formal education in the cheese-field under their belt.

Then, they’re tested for three hours on the ins and outs of all things cheese: chesemaking and aging, storage and handling, nutrition, history, distribution, categorization…whew. It’s a rigorous test of cheese knowledge across all areas of our field. This is the very highest standard for cheese professionals.

“When I started on the counter at Murray’s 25 years ago, the job of cheesemonger didn’t formally exist,” says Rob Kaufelt, Murray’s Owner and President. “And if it did, it was certainly not at the level of a butcher, let alone a chef or sommelier. That is, we were not a profession at all back then. Now I’m proud to say that Murray’s, with the help of the ACS and Kroger supermarkets, is well on its way to establishing a proud, new, traditional line of work in the food industry. We are leading the country toward a new and respected profession with a formal certificate of recognition.”

“I feel connected to a larger community of cheese nerds like myself,” says Summer Babiarz, one of Murray’s wonderful trainers and part of the newest class of designated CCPs. “Plus, it’s fun to learn things you don’t know.”

“It will be nice for people to have a more systemized way to learn their industry, rather than getting their info from word of mouth,” Summer says. We’re proud of instructing and empowering passionate, knowledgeable and inspiring cheese professionals – by the end of this year, we will have 3,000 Red Jackets in 250 stores around the country. We’re deeply committed to spreading the curd, and supporting and training those who make it their life’s work to do so.

“I truly hope that I am able to pass down what I’ve learned to our next generation of CCPs with as much grace and passion as my peers have shown me,” Connor says. Congratulations to the new CCPs, and best of luck to our many, many future cheese stars.