Murray’s Cheese, along with our partners at The Kroger Co. announced today that 29 team members have been named Certified Cheese Professionals by the American Cheese Society (ACS)! They are part of an elite group of 155 individuals who passed the 6th ACS Certified Cheese Professional Exam on July 27, 2016 in Des Moines, Iowa. Across the US, Canada, and Europe there are now 740 total ACS CCPs!

The ACS Certified Cheese Professional Exam is the first and only exam of its kind. It was launched by the ACS in 2012 to encourage high standards of comprehensive cheese knowledge and service for all areas of the industry. Testing encompasses a broad range of topics, including raw ingredients, the cheesemaking process, storing and handling cheese, marketing and communications, nutrition, regulations and sanitation.

“We congratulate these individuals on this tremendous professional accomplishment. We are incredibly proud of the cheese professionals who have earned the designation of Certified Cheese Professional,” said Nora Weiser, Executive Director of the American Cheese Society. “The level of understanding and professionalism that ACS CCPs bring to the industry benefits everyone from the cheesemaker to the consumer, and elevates an already thriving artisan cheese industry to an entirely new level.”

“I’m so proud of our new CCPs for their dedication and thankful to Kroger for their support of our team members across the country,” said Rob Kaufelt, Murray’s Cheese Owner and President. “The ACS has taken tremendous steps to create opportunities for growth and enhancement among cheese professionals. It’s truly rewarding and we’re all grateful for this recognition.”

This year’s Certified Cheese Professionals from Kroger and Murray’s Cheese are:

Congratulations to all these brilliant curd nerds! 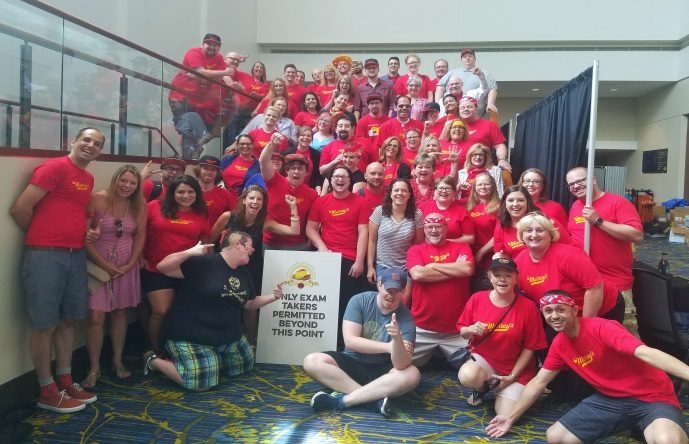