With Easter only about a week away, we’re starting to seriously think about our dining plans. If we’re being honest, the idea of another boring baked ham is filling us with a certain amount of dread. It’s not that we don’t love ham – working in the specialty food industry, we’ve had plenty of seriously delicious ones. And then it hit us: This Easter doesn’t have to be the traditional honey glazed version you’ve had pretty much every year. Why not put a Murray’s twist on a holiday classic? Here are some delicious alternatives that will leave your family and friends reconsidering those old traditions. 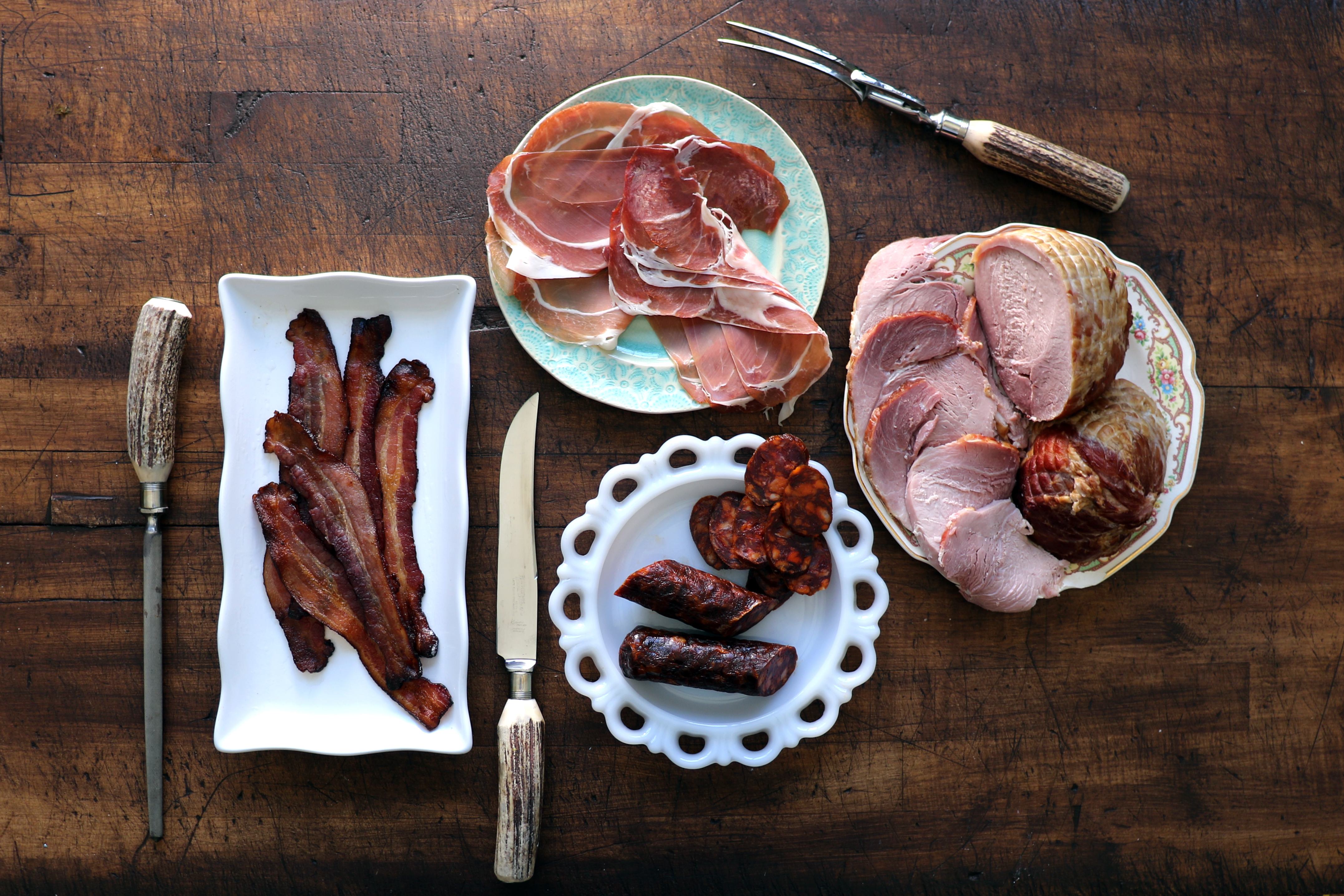 This is the closest we’re going to get to classic ham, but it is so much better. That’s because Olympia Provisions has perfected the art of butchery, curing, cooking, and smoking – and all of that skill went into the creation of the Sweetheart Ham. This delectable pork sirloin is brined for ten days with juniper berries, floral herbs, crushed garlic, and fresh onions, which leaves this beautiful rosy ham salty yet herbaceous. Sweetheart is then smoked over fragrant applewood for ten hours, sealing in the moisture and imparting a gentle sweetness. Seriously, we’ve never had a classic home-style ham as moist and decadent as this lovely little round. 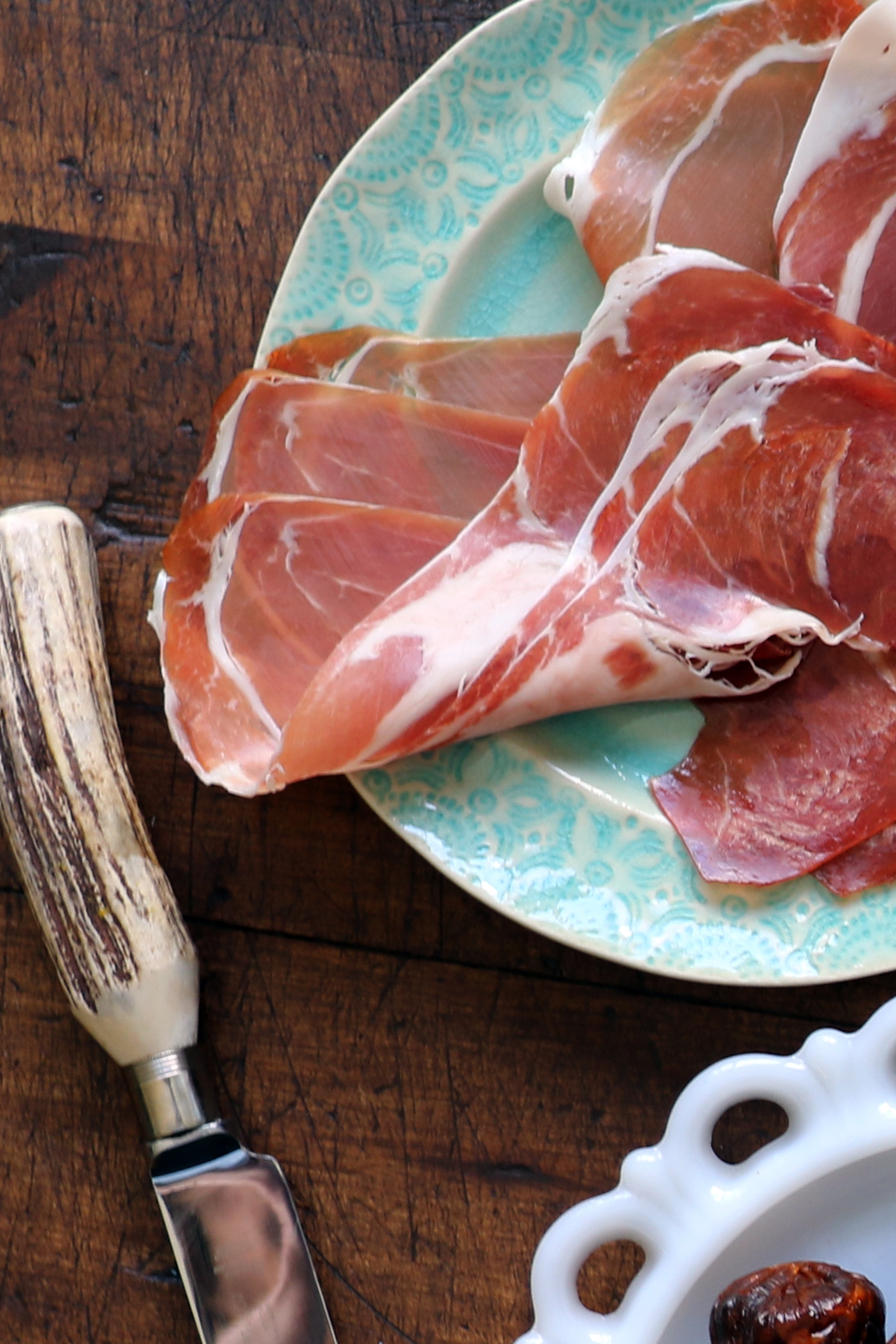 Prosciutto di Parma is considered the King of Hams over in Italy, and we believe the title is well deserved. The Italians have been making Prosciutto di Parma since the Roman Empire was ruling over the known world and is considered a time-honored tradition from Parma, Italy. Over time, Prosciutto di Parma’s rich, gamey flavors have become well-known throughout Italy, and the world. The process is fairly simple – all it needs is sea salt, which it is cured in, air and time. The longer it is aged, the more concentrated and flavorful the meat becomes. When thinly sliced, Prosciutto is a velvety, nutty ham that’s unlike anything you can find in the States. Traditionally, it’s served with Parmigiano Reggiano, as it’s from the same area – if you’re thinking of giving it a pairing, we highly recommend putting the two together. 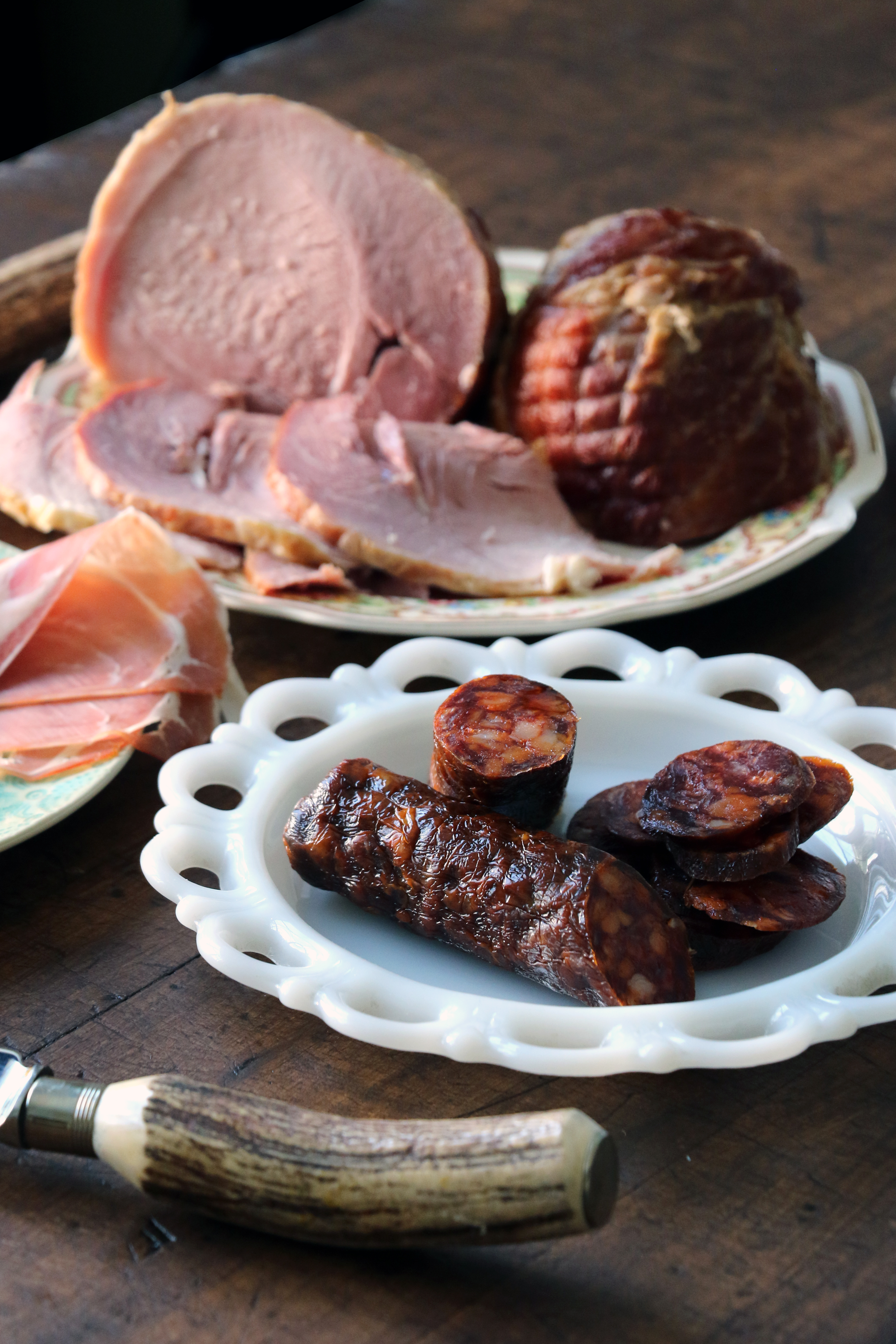 Maybe it’s time to bring the heat back to Easter. It’s pretty easy to do – you just have to incorporate Chorizo Iberico into your holiday plans. A classic, spicy dried sausage native to Spain, Chorizo is traditionally flavored with peppery smoked paprika. This chorizo is made with Iberico pork – a pig that forages through the forests of the Iberian Peninsula, feeding on a diet of acorns, roots, and wild herbs. All that flavor from what they’ve been munching on comes through in the meat, which develops into a natural nuttiness that makes Iberico ham highly coveted. We suggest mixing things up when it comes to pairings, since the heat and smokiness balances out those nutty flavors when given a little bit of Manchego and crusty rustic bread. If anything, it’ll definitely spice up your holiday meal.

You’re probably thinking, “Bacon? But I can have bacon any day!” Which is true. But instead of Easter dinner, let’s talk Easter brunch. Not only are you going to need some bacon to pile onto plates, but what about added to frittatas, omelettes, and even scones! If we’re looking for a top notch bacon to serve to family and friends, we’re reaching for Nueske’s Wild Cherrywood Smoked Bacon. It’s been made the same way since 1882 – spice mixtures are ground by hand, the bacon is smoked for 24 hours over wild cherrywood logs, and the simplicity is just magical.