Tom Chatfield grew up on seventy acres in southwest England, the son of a first-generation sheep farmer who drove trucks at night to fund his pasture. Tom loved the land, but he did his best to avoid, as he puts it, “learning to drive tractors and pull lambs out of sheep.” His father grew up similarly disinterested in the range life—Tom’s grandparents had ascribed to their son that he would be a farmer, and he scoffed at the idea of his life’s work being dictated to him. But despite his stated disinterest, Tom’s father eventually felt the call of the land. And despite his stated disinterest, the same happened to Tom.

Tom doesn’t live far from where he grew up, though the farm he is on is certainly much larger: 1,500 acres in the Devon countryside. This land is the home of Quicke’s Farm, which produces one of the world’s greatest cheddars. The Quickes have tended this land since it was allotted to them by Henry VIII. Yes, really. That was in the 1500s. It’s a rather old farm. “Twice as old as America,” Mary Quicke, who runs the farm, likes to quip.

Mary is a hardcore surfer, and that’s how she met Tom—he is surf buddies with her son. One day, when they were all on a surf trip together, Mary asked Tom if he was interested in working on the farm. There would be no tractor driving, she told him. No pulling lambs from sheep. Rather, he’d be working with cheese, supporting the values he grew up on, supporting people who do the kind of work his father does. And he’d get to surf on work trips. That all sounded pretty good.

Today, Tom is the head of sales and marketing at Quicke’s, in charge of communicating the farm’s values to the world. Perhaps the most foundational value—the one all the others are built upon—is stewardship, the idea that land doesn’t truly belong to anyone, but that if you provide for it, it will provide back. It’s an idea that Quicke’s articulates quite well, as is evidenced by this footage from their farm:

Mary’s mission with her cheese is to create joy and pleasure. It’s a simple notion, but if you don’t mind us getting a bit romantic for a moment, we’d like to suggest that it’s quite a beautiful one as well. Not just the idea of spreading cheer. That’s easy. Rather, the manner in which she does it, through stewardship of the land. Food is ephemeral by its nature. It is created to be consumed, and that’s about where the experience ends. But it comes from the land—the soil, the grass, the terroir—and that is eternal. What’s beautiful about Mary’s mission is that her cheese is an expression of the land, an experience of something eternal. And, as her cheese demonstrates, the eternal is rather delicious.

Exhibit A: Mrs. Quicke’s Goat Cheddar. It is cut, pressed, drained, and clothbound by hand, then aged on the farm for six months. During that time, it develops flavors of toasted almond and whipped butter. As Tom says, “People who think they don’t like goat’s milk almost can’t believe it.” It so confounds the pre-conceived notions of a goat’s milk cheese that one of Tom’s colleagues likes to have people taste it without telling them what it is. This ensures they are tasting the cheese itself, not any baggage they may or may not associate with the type of milk it’s made with. 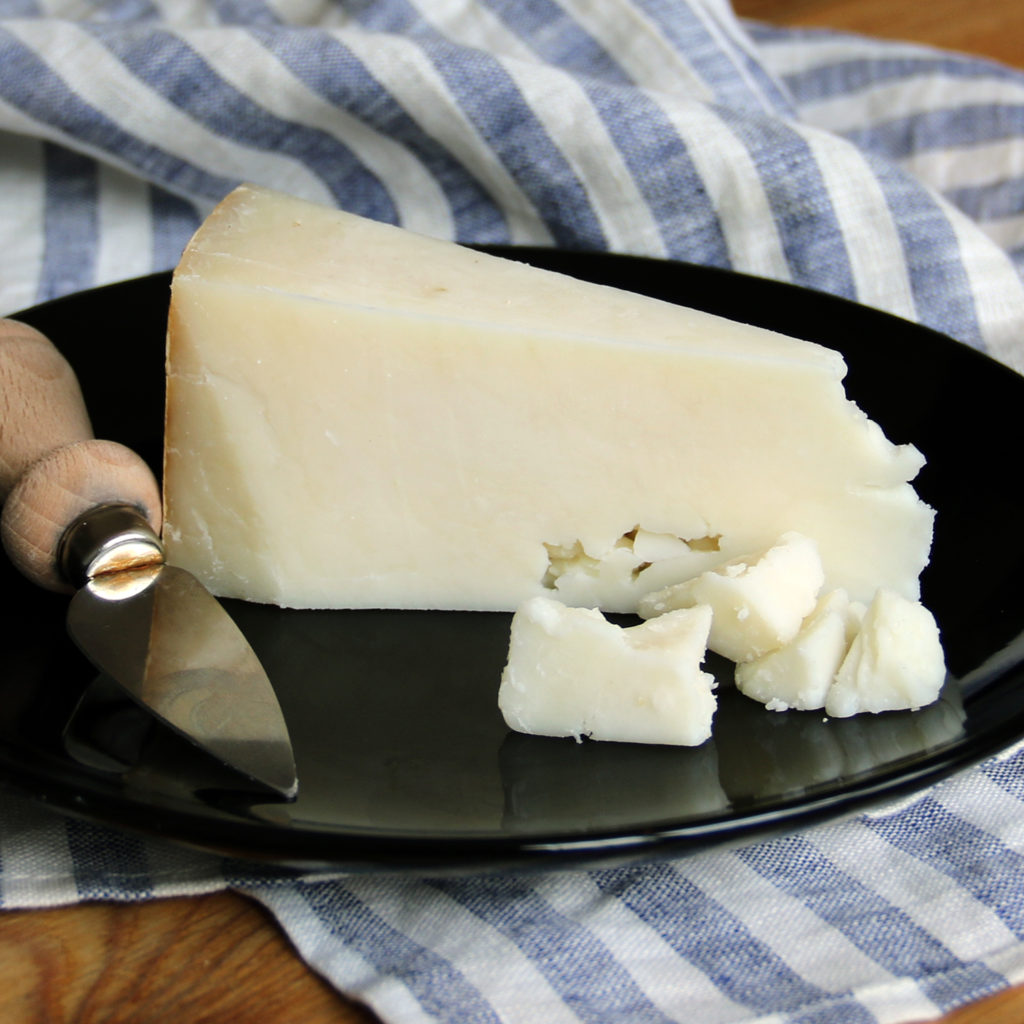 In addition to just being flat out tasty, it’s a terrifically versatile cheese, as good for bringing silky texture to a dish like pea risotto as it is paired with a bottle of red wine on the beach. Like everything that comes from Quicke’s, it is a result of the farm’s devotion to stewarding the land. So, if you’re looking for joy, if you’re looking for pleasure, look no further. Grab yourself a wedge of goat cheddar and a bottle of wine. You’ll be eternally glad you did.