Cheese and meat is one of the oldest pairings, and Portland, OR’s Olympia Provisions is one of America’s foremost producers of artisanal meats—Bon Appetit calls them the country’s best charcuterie, and they’ve won more Good Food Awards than any other producer ever. So it’s only natural that we’d team up.

Murray’s and Olympia are joining forces for a series of experiences that are all about the glorious relationship between meat and cheese. We’ve developed exclusive recipes, collections, and classes that we’re sharing with you here.

Take a gander at some of the stellar Olympia products you can get right here on our site: 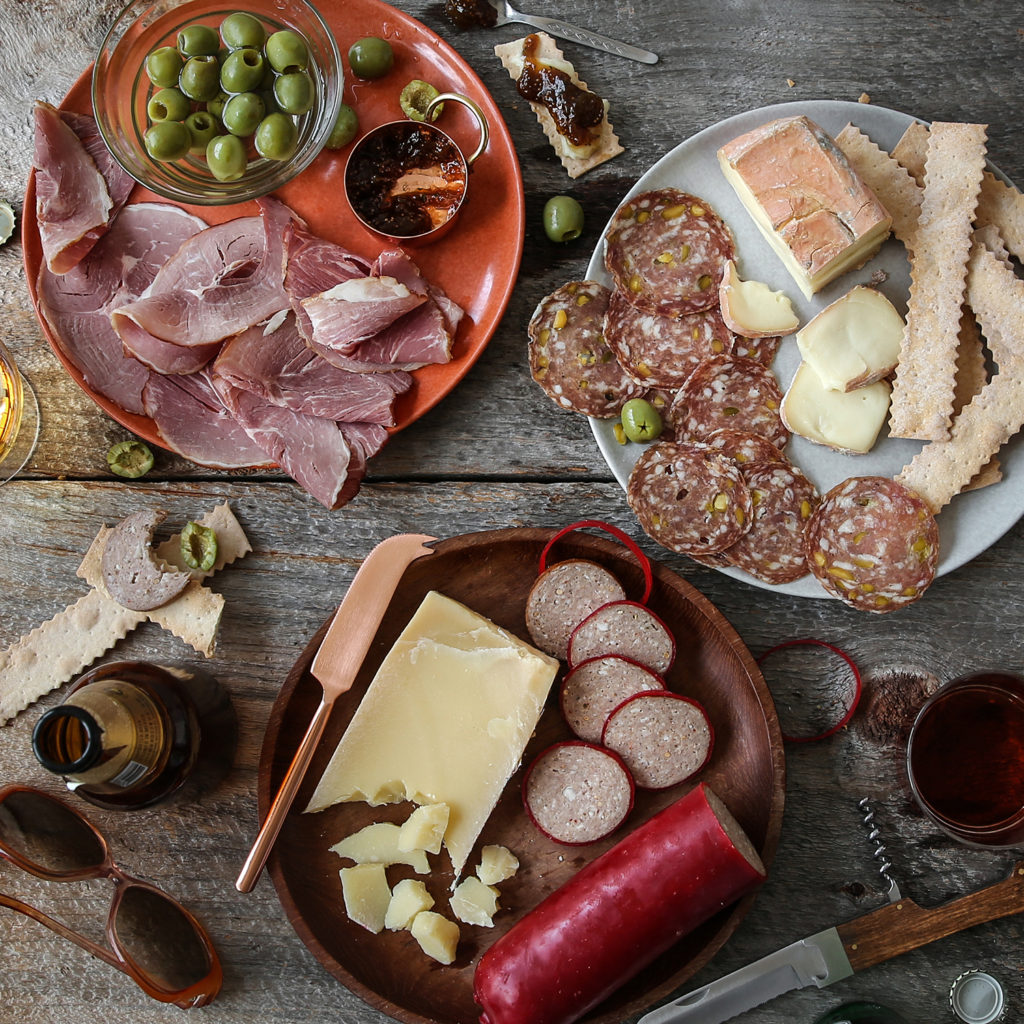 Oregon’s first USDA-approved salumeria has been handcrafting world class meats for the last decade, developing a renown that only grows. In this collection, we’ve paired some of Olympia’s finest provisions with their cheesy counterpoints, along with a selection of classic meat-and-cheese accompaniments. This collection is a legitimate bounty.

Included in this collection: 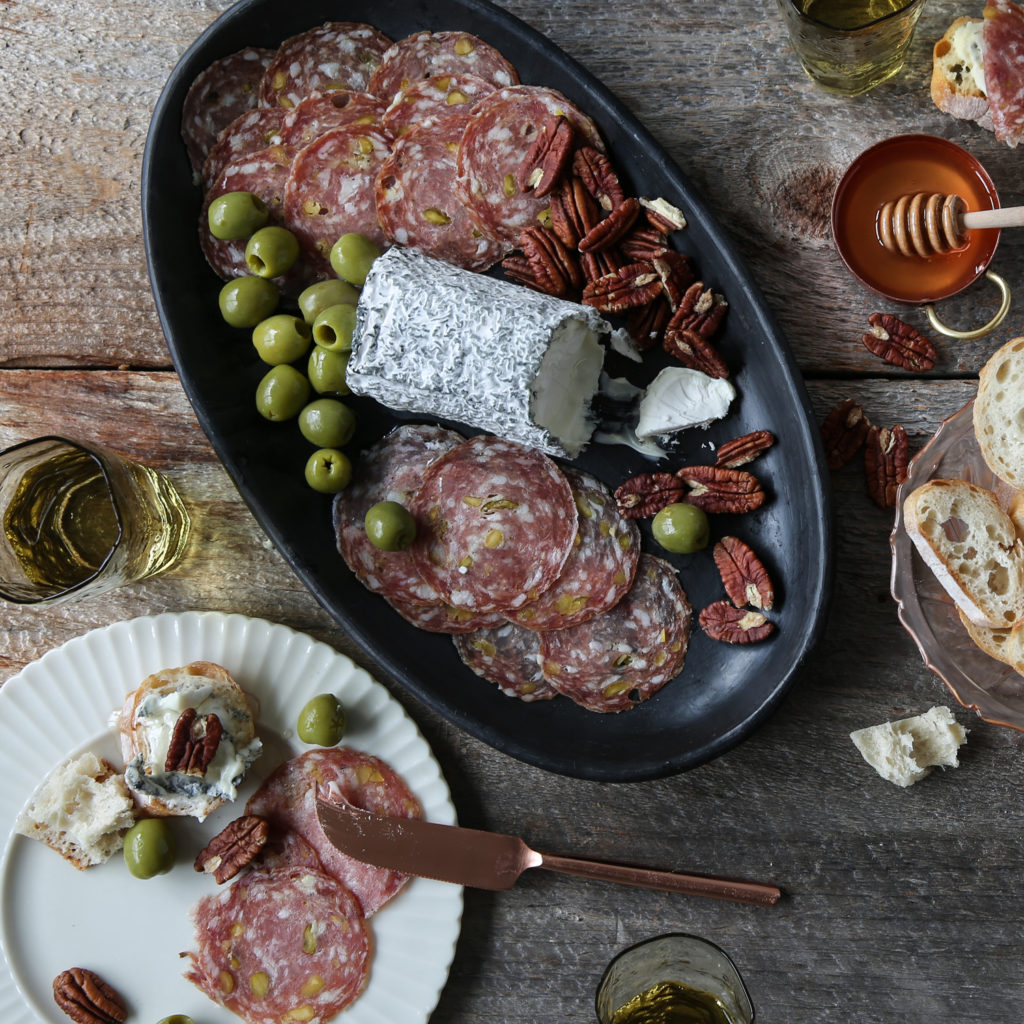 As masters of the charcuterial arts, Olympia Provisions has nailed this large-format, southern-Italian salami. It’s studded with pistachios and pepped up with lemon zest, giving the meat a bright and complex flavor profile.

Olympia’s artisanal meats are crafted with the utmost integrity, with pork from local farms that’s hand-butchered and free from antibiotics and hormones. These practices lead to an Etna salami that is exceptionally buttery in texture, with the pistachio providing an occasional crunchy contrast. That consistency makes this salami ideal for traditional antipasto plates—a few slices, along with mixed nuts and olives bring, out the best of the traditional Sicilian flavors. 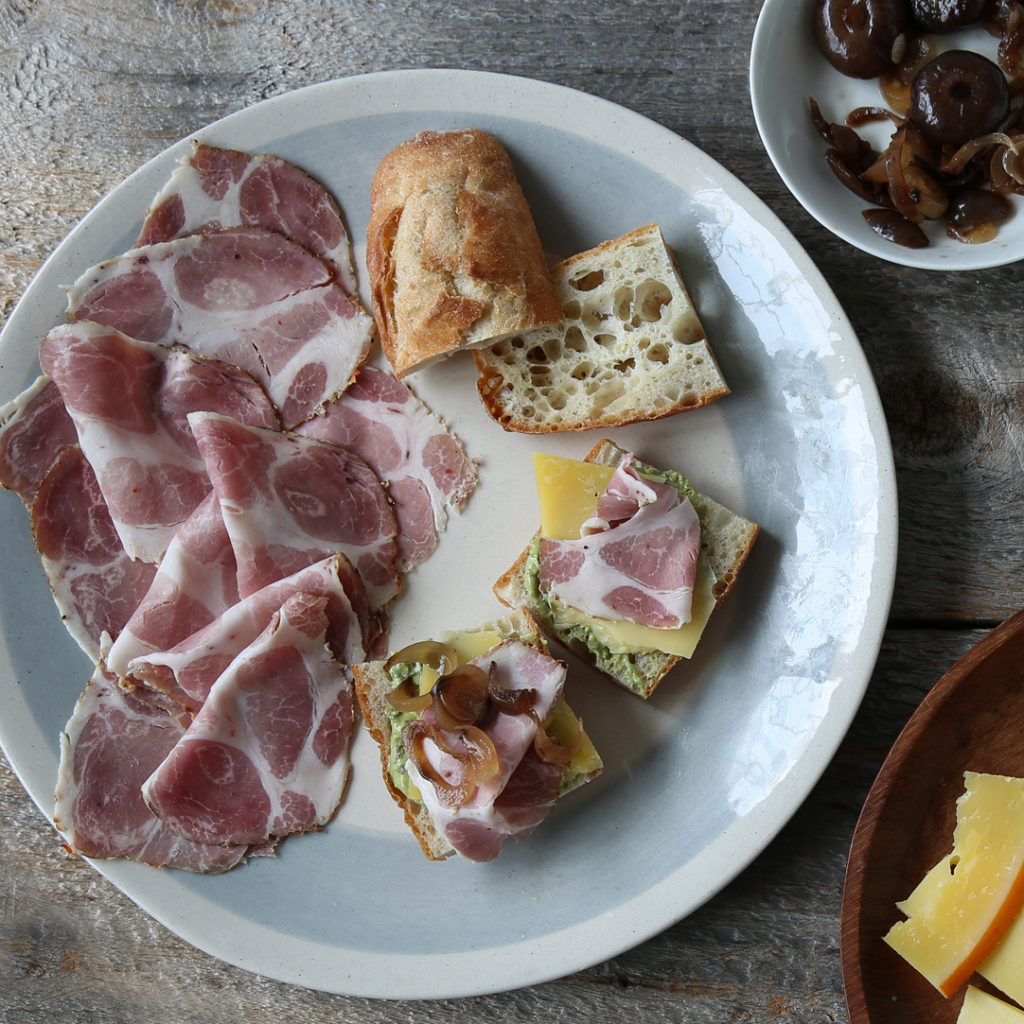 From the velvety white and pink marbling to the crust of toasted herbs, this traditional Italian meat tastes as beautiful as it looks. A cut of heritage pork shoulder is cured for ten days, then coated with black pepper, fennel seed, coriander, and anise. The crust is then made crispy with a slow roasting, creating a tender shoulder ham that is perfect for slicing. If you’re thirsty, grab a nutty brown ale or an inky Syrah. 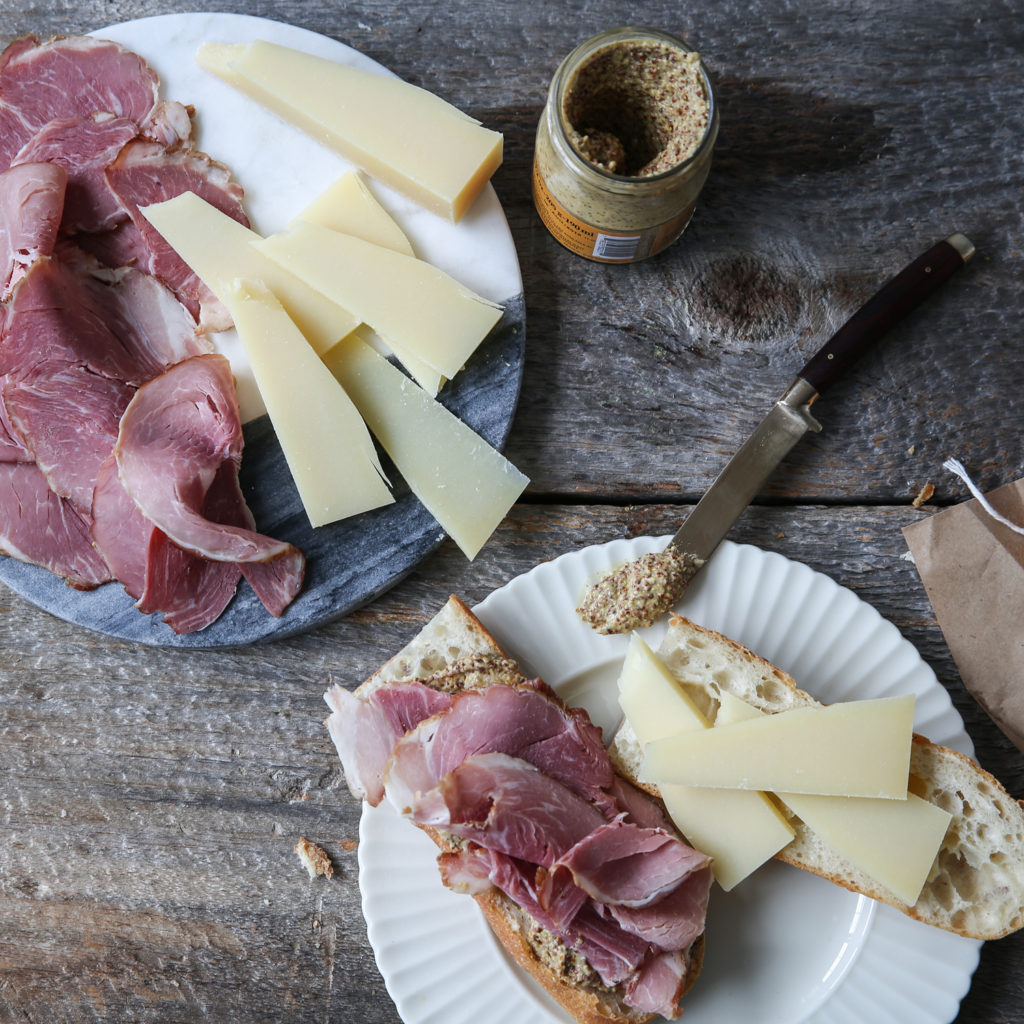 This is one sweetheart that’s easy to fall in love with. It’s made with pork sirloin tip that’s brined for ten days with juniper berries, fresh herbs, garlic, and onions. After its glorious week-and-a-half flavor soak, the ham is slow-smoked over applewood for ten hours, acquiring a deeply satisfying depth. Makes for a revelatory ham and cheese sandwich, especially when counterpointed by an aged Manchego. Pop open a bottle of rosé or Chenin blanc for ultimate summer picnic vibes. 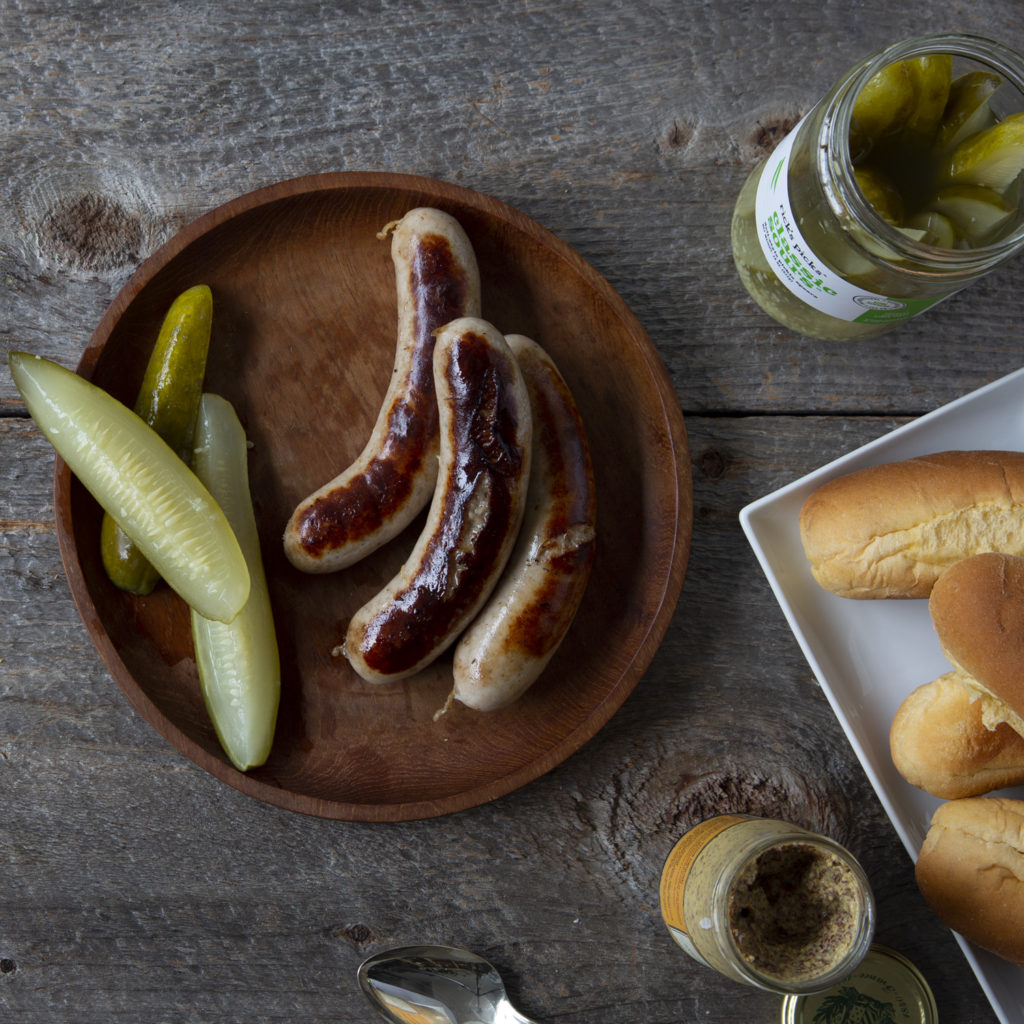 German born, American adopted—the bratwurst is beer’s favorite sausage. That makes it ideal for a summer cookout. Olympia seasons theirs with white pepper, ginger, and nutmeg, a classic blend that’s never tasted better than when it meets pork of Olympia’s quality. You might say it’s the bratbest.