Since Murray’s opened in 1940, we have been located in Greenwich Village, the center of New York’s LGBT community. Many Murray’s employees identify as part of the community, and as a company, we are happy to support and champion the LGBT community while we also take pride in it.

This Sunday is New York City’s annual Pride March, and we are celebrating with the release of a special edition cheese, Fierte. “Fierte” means pride in French, and the cheese is washed in Biere de Fierte, a Lemongrass & Ginger Belgian Tripel also made in honor of Pride by our neighbors at Big Alice Brewery. 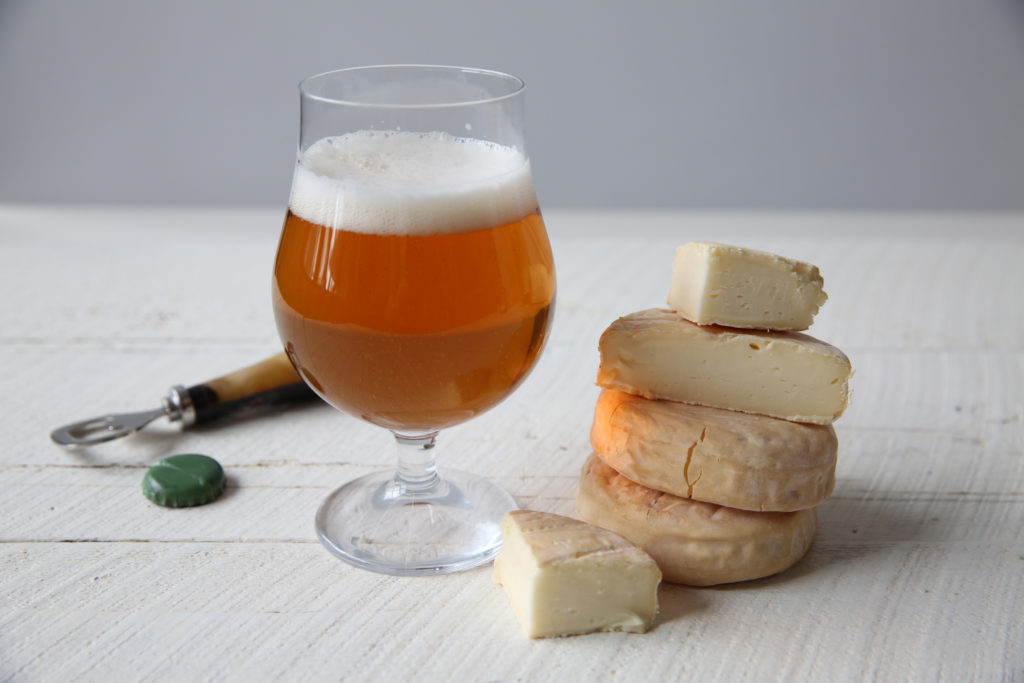 Big Alice created Biere de Fierte in collaboration with Alexa Wilkinson, one of our very own wholesale account managers. We sat down with Alexa to discuss Murray’s Fierte, Big Alice’s Biere de Fierte, and her relationship to the two.

MURRAY’S BLOG: What is Biere de Fierte, and what is your relationship to it?

ALEXA WILKINSON: Biere de Fierte is a Lemongrass Ginger Belgian Tripel Ale that was brewed for the sole purpose of being a collaborative, limited release Pride ale between Big Alice Brewing and LGBT Craft Beer Meetup to not only be delicious, but help raise money to aide the LGBTQAI community.

Back in 2015 I started LGBT Craft Beer Meetup for a couple of reasons, the main one being that I wanted to create a community of LGBT craft beer nerds that, through a little research and organization, could occupy a craft beer bar or space in which we all felt safe and accepted. This craft beer industry is still very centered from a marketing standpoint towards typically straight men, and it’s still hard to find bars that feel safe to those in the LGBT community.

Big Alice Brewing Co’s owner, Kyle Hurst, and I would have many late night chats about the issue while he ate dinner at the bar I was managing, and about what we could do for the community. First step was brewing a delicious beer together, second step was serving it.

MB: What were you going for with this beer? Why did you choose the style and flavor profile?

AW: Honestly, the ingredients came together purely out of us wanting to have the acronym “LGBT.” Lemongrass and ginger are very complementary flavors, so after that it was deciding whether to keep going on with a list of four ingredients, or make a Belgian Tripel. We decided on the Belgian tripel ?. Historically speaking, the yeast strain handles those intense, spicy flavors well, and Big Alice had already had a lot of success with both lemongrass as an ingredient and with the style itself. 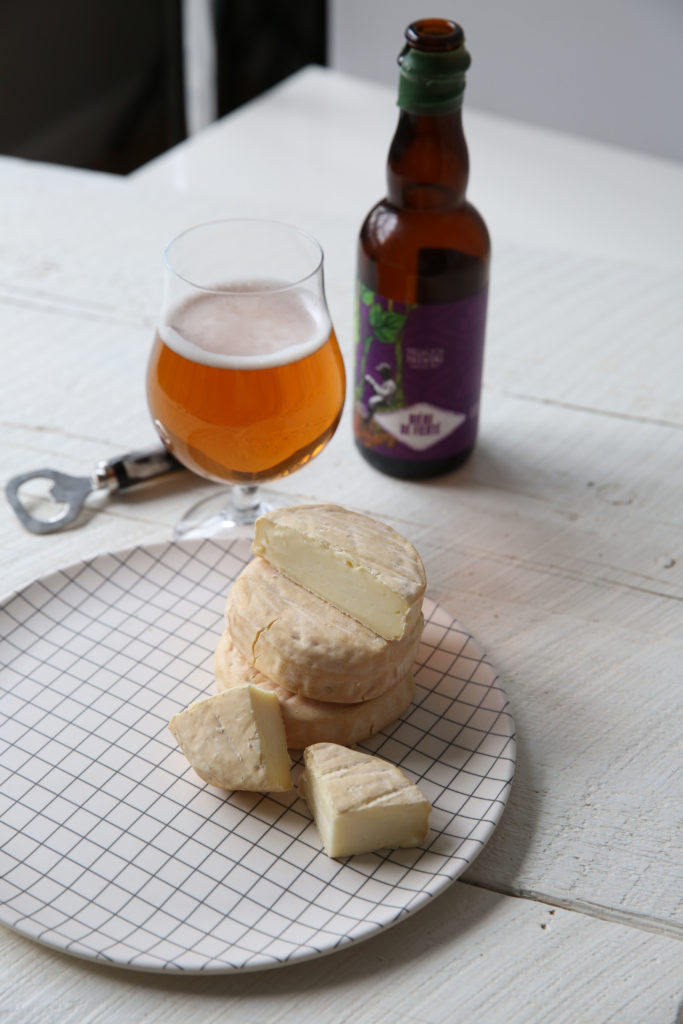 MB: Is this the first incarnation of this beer? Were there others? If so, what was it like before this?

AW: This is the third year of this beer being brewed and sold, and every year it just keeps getting better. The first year was purely experimental, with just a taproom release. The second year was surrounded by a couple of events and fundraising efforts with multiple bars in the city. This year we were a little more relaxed and practical about it. Jon Kielty, head brewer of Big Alice, sourced some California Chardonnay barrels and did a smaller batch this year in order to get the flavors just right. The ABV on this year’s brew alone clocks in at almost 1% higher than last year because it just had more time to develop. It was sweeter and brighter before, with more residual sugar left over. This year it’s perfectly balanced, with hints of vanilla, spice, oak, and white wine. It’s fantastic. We are all very pleased.

MB: What was your goal in making Biere de Fierte?

AW: Our goal was to first and foremost collaborate on a beer that, while being sold, could actually benefit others. Money from every pint and bottle sold is going to New Alternatives, which is an LGBT homeless youth center in NYC. These kids have nowhere to go after simply being honest about who they are, and New Alternatives helps them with everything from the basic essentials like clean clothes and food to job training and education. Of the homeless youth in this city, 40% are LGBTQAI. That’s a disproportionately high number.

MB: When did you make the move from beer to cheese?

AW: I started in beer when I moved here from California as a singer-songwriter who desperately needed a serving job to pay bills. I found my way to the Gingerman through a friend of mine who knew Anne Becerra, who has become a mentor of sorts to me. While working there, we would spend hours on Sunday’s talking about beer and she inspired me to go after my Cicerone certification. After that, I went to culinary school at ICE and became an executive chef for multiple restaurants upstate and in NYC, all of which were centered around craft beer. So the jump from beer to cheese was not that difficult. They are both beautiful, 4 ingredient foodstuffs, old as civilized human history, that have a longstanding impact on economies and cultures. I love both equally, although beer will always be my first fermented love. Or is it pickles? No, it’s cheese! I have been eating cheese way longer than drinking beer.

MB: How did the idea come about for our Caves team to wash and age a cheese with this beer?

AW: I approached our buying team about how to make this happen and they were more than happy to try something like this out. Murray’s has worked with a couple of other breweries in NYC before, so it wasn’t too much of a risky experiment at this point to attempt a wash with this beer. All I did was help brew it and get it to our caves. PJ, our cavemaster, did the rest. He’s a Disney prince-looking genius who really knows his stuff. I feel very lucky that I get to work at a company that can combine my passion for both cheese and beer and actually make something incredible out of it! 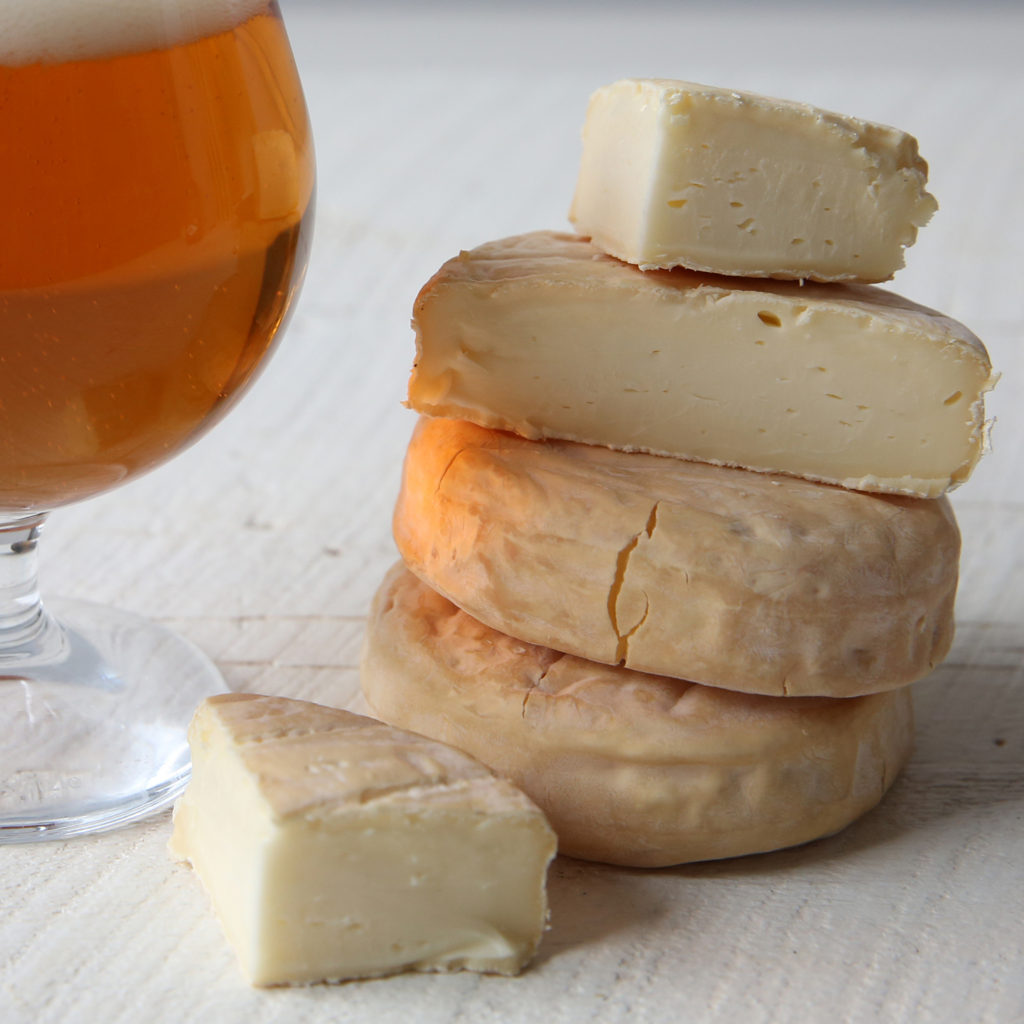 MB: What do you pick up in this cheese? How does that play off the profile of the beer when they are paired together?

AW: If you’ve ever tried our Greensward and liked it, I highly recommend you try this cheese. It picked up some amazing piney and woodsy notes from the oak. Plus a hint of spice and umami as washed rind cheese tends to do. Its inner paste has duck fat and bacon notes as well, very decadent and tongue-coating. The pairing itself is fantastic too. The clove and banana notes in the beer stand out above the other flavors, leaving you with almost a bananas Foster campfire in your mouth. It’s a sophisticated pairing to say the least. Not your standard IPA and Cheddar!

MB: If people are interested in learning more about these products and the initiatives that proceeds will support, where can they do so?

AW: To find out more about Big Alice Brewing Co you can find them on social media or go to their website. This beer and cheese will be sold in our retail locations, and the cheese will also be sold online! Please visit New Alternatives to find out more about this organization. They do great work with limited resources and need every dollar we can give them.

From all of us as Murray’s, Happy Pride!