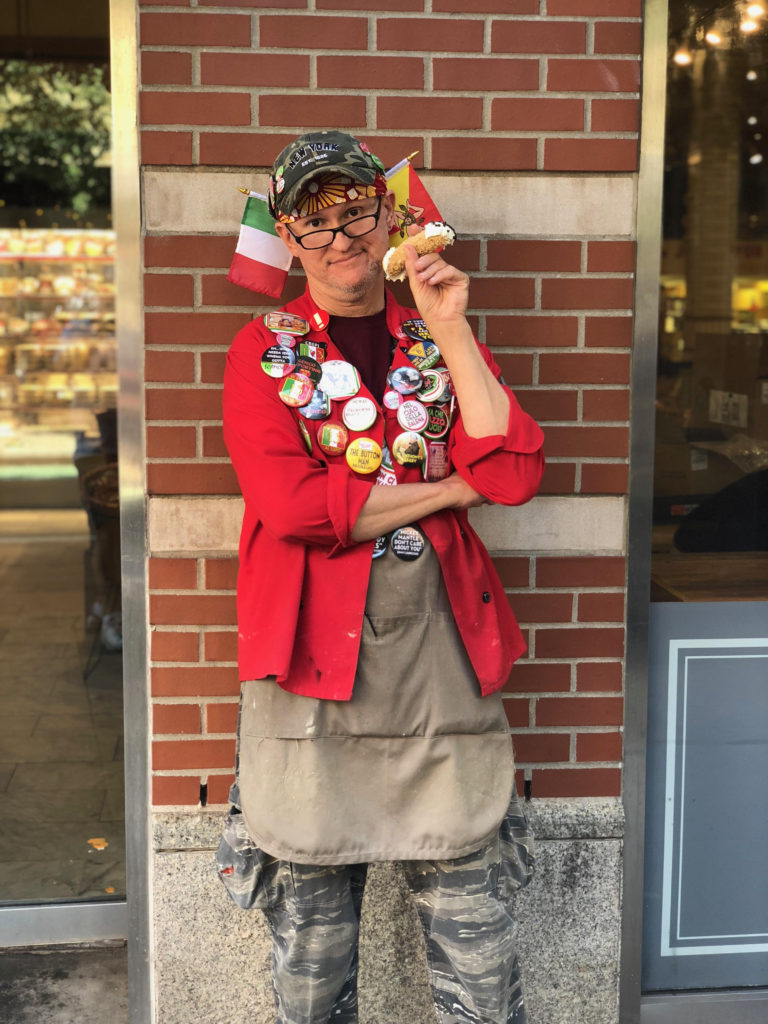 There are so many great, knowledgeable people who work at Murray’s that we wanted to highlight some of them and ask some cheese-centric questions!

This month, meet Michael, a Cheesemonger at the Murray’s Bleecker St. Flagship Store. If you’ve been to our Flagship in the last decade or so, you have without a doubt seen, heard, talked to, laughed with, gotten grief from, or if you’re lucky, consulted on cheeses with Michael. He’s a one of a kind character, but he’s dead serious about cheese, meat, and making sure his customers find exactly what they’re looking for.

When he’s not on the counter at Murray’s, he’s galavanting around the city eating and writing for Real Noo Yawkas Eat, his chronicles of the best old school NYC restaurants. He’s one of our favorites behind the counter, and we’re sure after a visit or two he’ll be one of yours too! Read on to learn his favorite cheese, meat, and more.

Where are you originally from?

How did you first get into cheese?

I had a similar background in the  Macy’s Marketplace Department, but was working for the New York Fire Patrol. When the NYFP was disbanded, I needed a job. Murray’s wanted me. I wanted Murray’s.

What is your favorite cheese at the moment?

What’s your favorite thing that your Murray’s sells?

Salumeria Biellese Hot Coppa is my favorite right now [Editor’s note: this product is only available in NYC stores]. I can slice it thinly enough to read Il Progresso through.

What do you love about Murray’s?

I get paid to march to my own drum. Not only is my off beat style appreciated, it’s expected of me as part of the Murray’s dynamic.

One Reply to “Meet the Monger: Michael Krempasky (A Real Noo Yawka)”