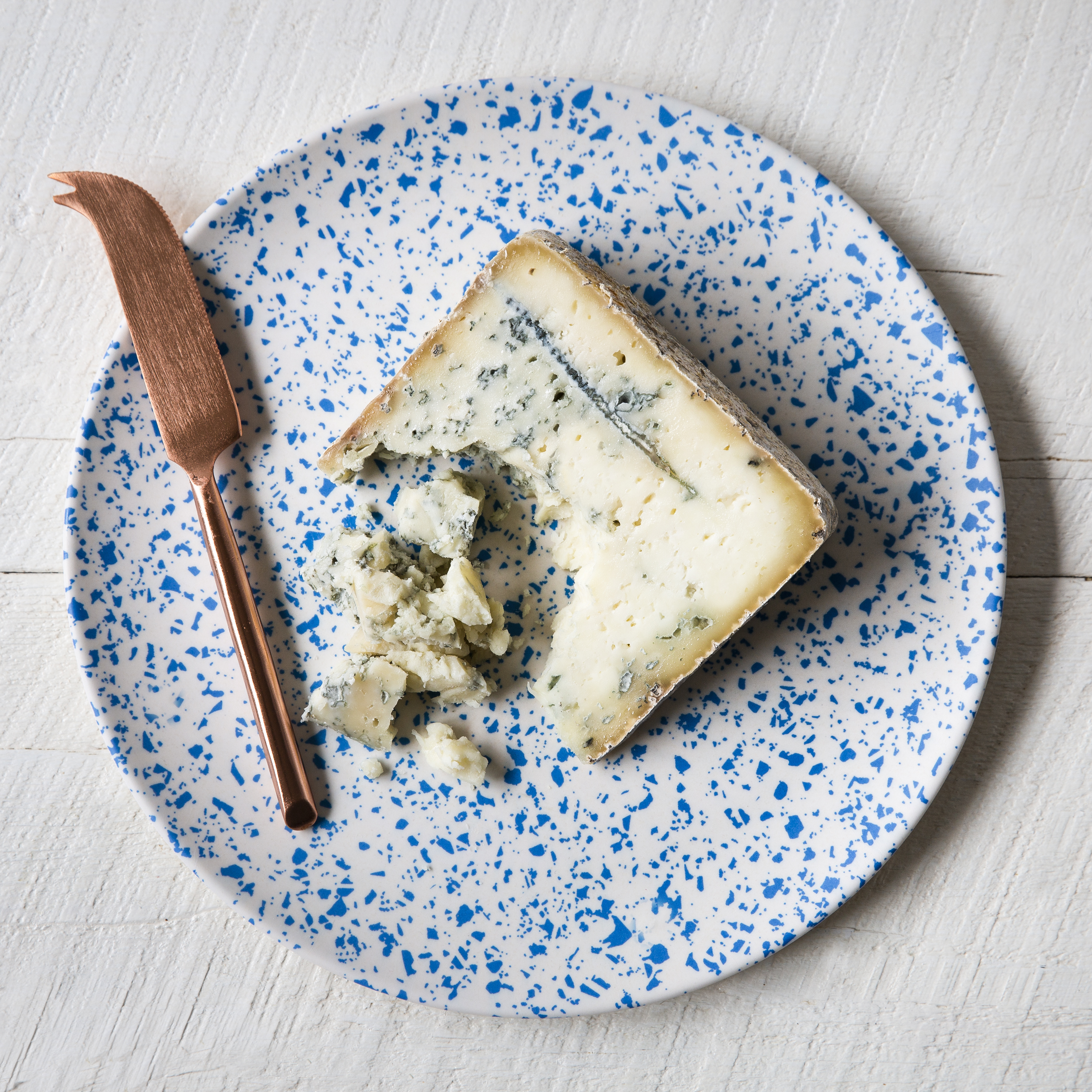 Blue cheese is undoubtedly the most divisive type of cheese on the market. There. We said it. Ask “Are you a blue cheese person?” and you’re  bound to hear some strong feelings. Some people hate the intense spicyness (which many in the blue cheese world call “Piquancy”), the strong flavors of the mold, and well, the blueness of blue cheese. For others, that is precisely the draw — blues are intensely flavored in ways that few other cheeses are, and for those who love that experience, little else compares.

But we’re here to tell you not all blue cheeses are the same, and that there is, in fact, an entire spectrum of blue cheese. You may have sworn off the blue stuff for being too pungent or salty, but maybe a more relaxed blue is the cheese you’ve been waiting to love all along. We like to say there’s a spectrum for all cheese, but especially for blue cheese: From Mild to Wild. So what’s the perfect blue for you? Check out our guide below, which starts with the least intense blues to the most intense and includes our favorites at each level. 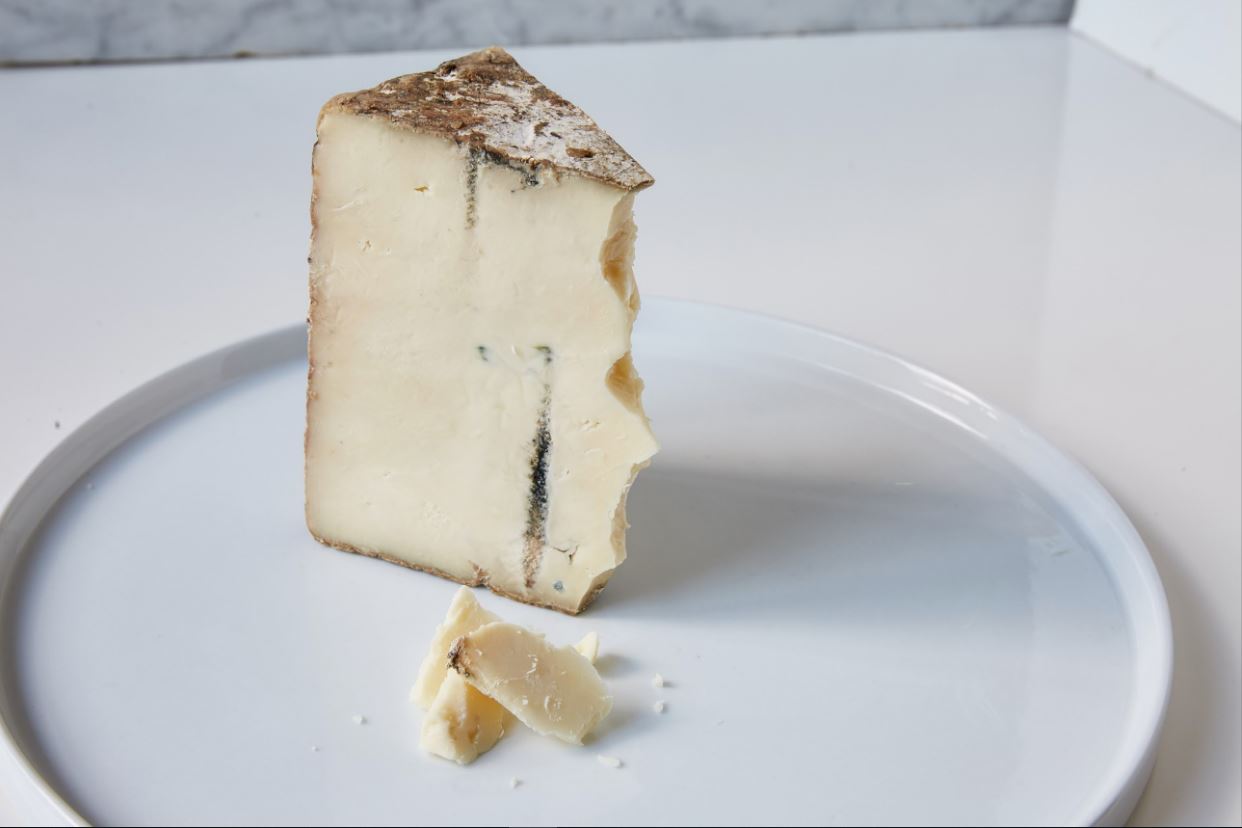 For those who want to dip their toe into the blue cheese world, we suggest starting with Dunbarton Blue. Fourth generation cheesemaker Chris Roelli committed the equivalent of blue cheese heresy by piercing his cheese and then pressing it to inhibit the mold growth. The result is Dunbarton Blue, a sort of blue-veined cheddar that’s mildly potent yet approachable. Chris presses the cheese to inhibit blue mold growth, and what develops is earthy and Cheddary in texture, with a sharpness that one would expect from this combination. We like to think of it as “Blue Cheese Light”, and it’s a real crowd pleaser. 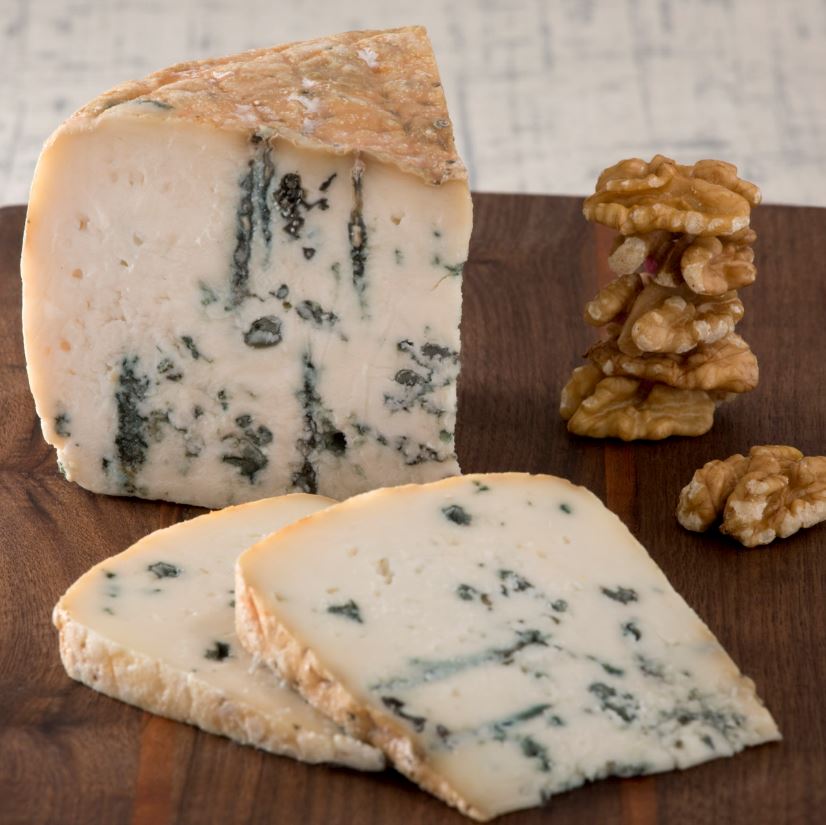 Ready to go a little further into the funk? We like nutty, slightly meaty Bleu Du Bocage. From the Loire Region of France, this goat’s milk blue’s paste mellows to a bacony, toastiness while the blue veining provides some piquancy. It’s a spicy but lightly sweet and acidic blue that is buttery and delicately smooth in texture. Each bite melts on the tongue like butter, leaving a taste of roasted pork and roasted walnuts lingering on the palate. 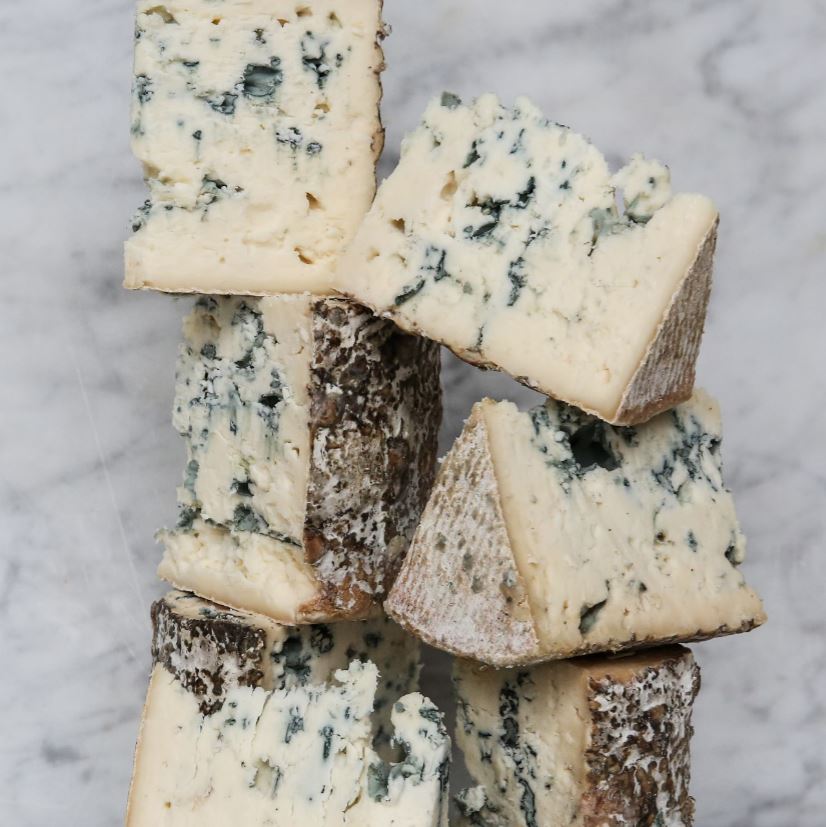 Now we’re getting serious about blue: the multi-award winning Bayley Hazen Blue from Jasper Hill Farm in Vermont. Named for a Revolutionary War road in Vermont’s Northeast Kingdom, this raw milk, farmhouse blue is ready for conquest. Thanks to its determined creators, the Kehler brothers, this Stilton-esque cylinder fulfills its duties. Expect a dry yet dense paste, and full of balanced chocolate, hazelnut, and licorice flavors. This cheese is definitely blue, with pleasant pepperiness and complexity, but it’s smooth paste mellows it considerably. One taste and you’ll know why it’s considered one of the best blues in America. 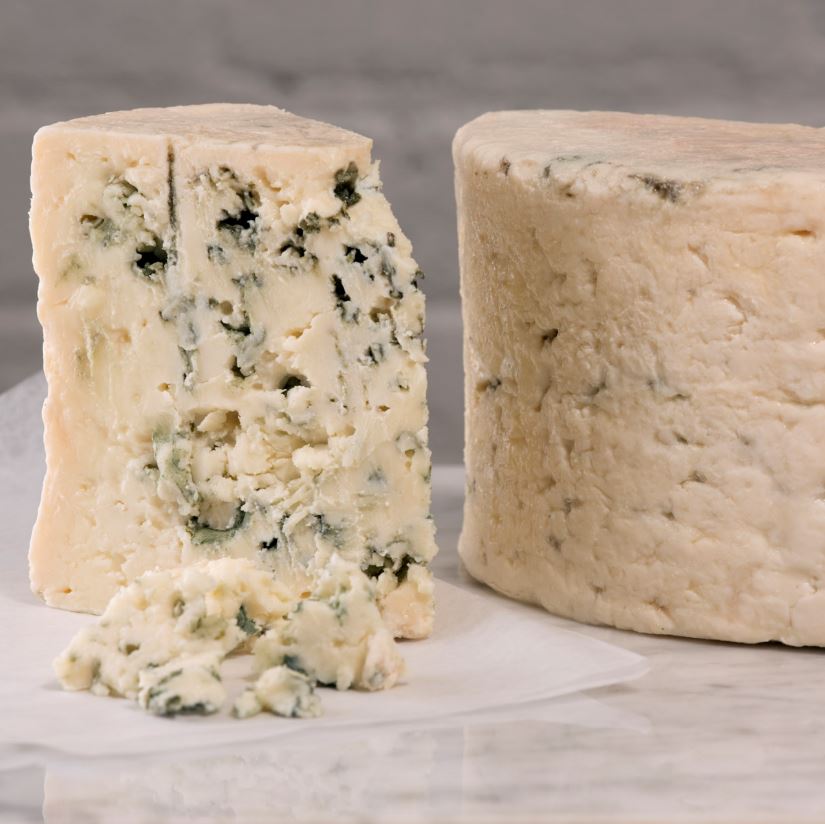 For the deep end of the spectrum, we look to the most classic, old world blue: Roquefort. From the caves of Combalou in southern France, Roquefort, arguably the worlds greatest blue, has had its name and methods protected since 1411! Roquefort’s heavenly flavor is reminiscent of the cavern air where the cheese ripens and the mold naturally grows, transforming the Lacaune ewe’s milk it’s made of. This variety is round, deep, and perfectly balanced: big, creamy chunks of the paste dissolve on the palate like sharp, soothing milky lozenges. Sweet and fudgy, its linger is peppery and sometimes quite spicy. For serious blue cheese lovers, there’s no substitute.

There you have it, the definitive Murray’s guide to Blue Cheese. Whether you’re just looking to try a blue that you won’t hate, or you’re a passionate blue cheese lover who’s interested in expanding your blue horizons, we hope you’ve found some inspiration. As with any cheese family, the only way to know what you do or do not like is to taste, taste, taste. Now go out and get some blues!